👤by David Mitchelson  Comments 📅09-11-12
Conclusion
Weve reached the end of the review and by now if you have read up to this point you will realise that XPredator X1 brings a mixed bag of results.

Like it or not the visual appearance is aimed at the gamer, so its styling and design is tailored towards this market. We like the two-tone red and black which the Devil Red Edition makes use of  it really stands out.

Inside, there are some strange implementations which significantly affect XPredator X1s ability to be deemed a good chassis. There are no cable management cut-outs at the top of the motherboard tray and as a result CPU power/cooling fan cables must trail across the motherboard  something which we thought all designers had moved away from, obviously not. Furthermore, if the cut-outs were there, the clearance behind the motherboard is non existent. The only possible space to store cables is on the reverse of the HDD cage which only offers minimal space to keep redundant cables tucked away.

Other annoyances are consolidated as the CPU cooler clearance is very tight for mid-high end coolers and PCI expansion slot covers, once removed must be discarded. 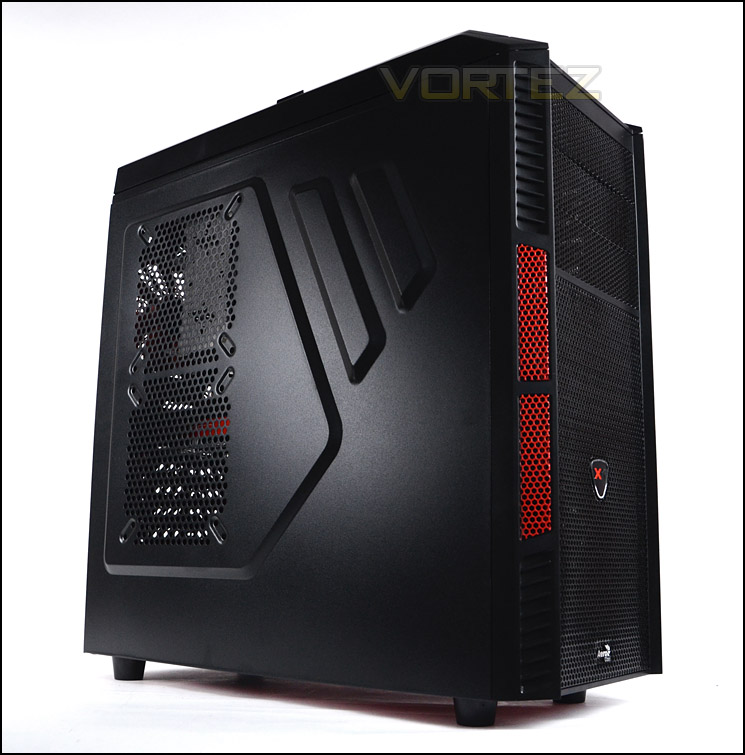 It isnt all bad news though, the cooling fans within XPredator X1 arent only quiet at low speed but also full speed. Their noise levels are such that they present no disturbance when used in either mode. One other aspect which is good is the graphics card clearance  because cards seat directly into the HDD cage, there is a huge amount of clearance available (provided they arent occupied by HDDs).

Priced at just £60 the XPredator X1 is a low-mid range chassis which unfortunately has a plethora of rivals which are already well-established and frankly do a better job. BitFenix Shinobi, NZXT Tempest 410, Fractal Design Core 3000 are all priced accordingly and yet offer better quality and overall features. Rosewill THOR V2 uses the same OEM and yet they have brought to market a superior product.

Clearance and cable management are fundamental to case design and Aerocool need to carefully observe mistakes that have been made if they want to compete with their popular rivals.