👤by David Mitchelson  Comments 📅09-11-12
Exterior
The front of XPredator X1 is largely mesh to work in correspondence with cooling fans at the front. There is 1x 120 LED fan included at the front and up to three slots in total. Above this mesh are the 5.25. bays, there are three covers which, again have the mesh design as below.

Around the back the fundamentals for the chassis has been coated red. At the bottom there is a space for mounting the PSU whilst at above there are a series of 7x PCI expansion slot covers  all of the covers are disposable (once removed cannot be used again) except for the top cover. This is something which we have a gripe with because if a cover is removed for device installation and that device needs to be relocated elsewhere, gaping hole appears that cannot be covered and can encourage dust build-up. To the side of these PCI covers is a large plastic cover which covers the area where the screw will attach to the PCI device  an odd design concept. Further up there is a 120mm rear exhaust fan and dual circular rubber grommets. 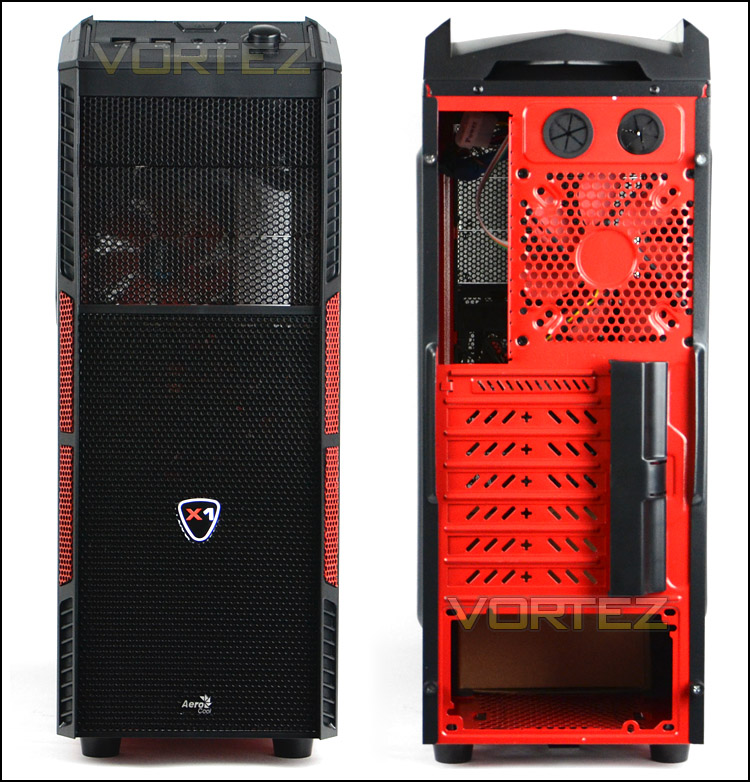 The front and back of XPredator X1

Up at the top of XPredator X1 are the front panel controls which consist of the following:

Behind these ports is a small shelf furnished with a non-slip rubber mat for storing items such as keys, USB dongles etc. 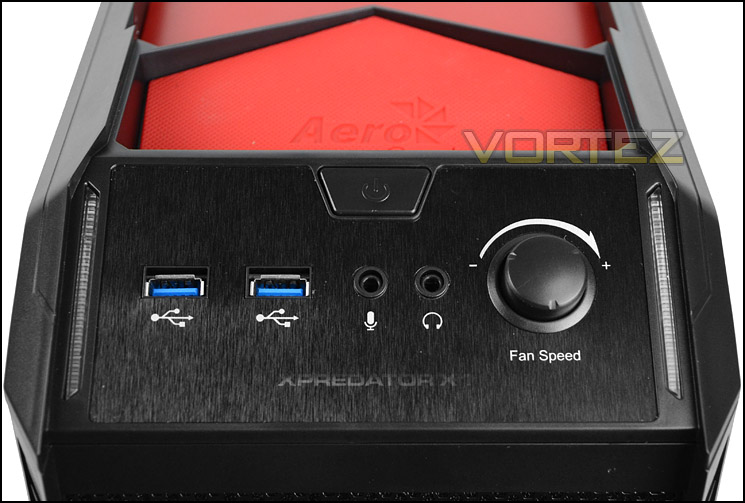 Further back from these ports is the top section of XPredator X1, by now we can see key similarities to that of Rosewill THOR V2. The fin ventilation configuration can move into two states via the button slider; open and closed. It has to be said, these fins look great in red against the black top fascia.

On the underside of these fins dual 120mm cooling fans can be installed for additional cooling (not included). 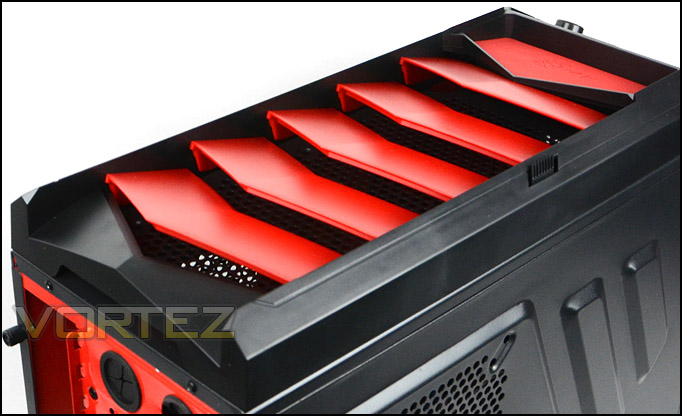 The top with ventilation fins


The underside of XPredator X1 has been coated red too and has four rubber feet to give the underneath clearance and prevent slipping on smooth surfaces. The underside here also has mounting for a 120mm fan inside, and a dust filter sits over the area where the PSU sits. This can be removed from the outside of the case and without having to turn it on its side. 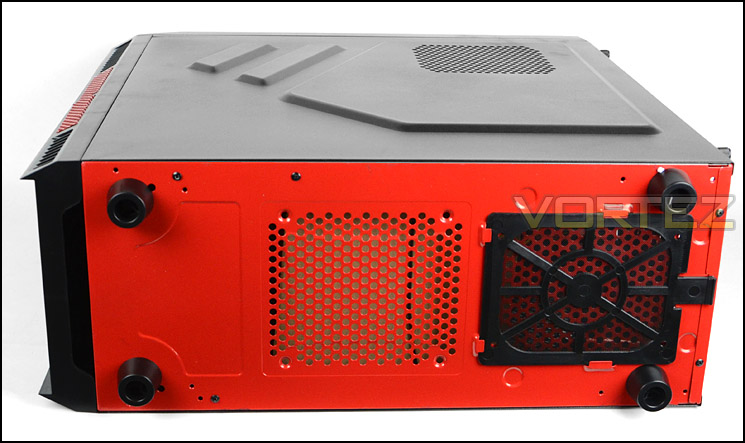 The underside of XPredator X1