👤by David Mitchelson  Comments 📅09-11-12
Thermal Performance Testing
Placed inside XPredator X1 are two 120mm cooling fans, one as a front intake whilst the other as a rear exhaust. This follows a traditional airflow methodology and should yield good results.

To discover the thermal performance of the XPredator X1 I will record idle temperatures after 20 minutes from a cold boot. I will then stress the system and temperatures will again be monitored after 30 minutes have elapsed. Fan controller will be set to highest setting.

For the purpose of accurate analysis the idle and load temperatures for CPU and GPU will be recorded and the range between idle and load will be calculated to determine how efficient cooling is. 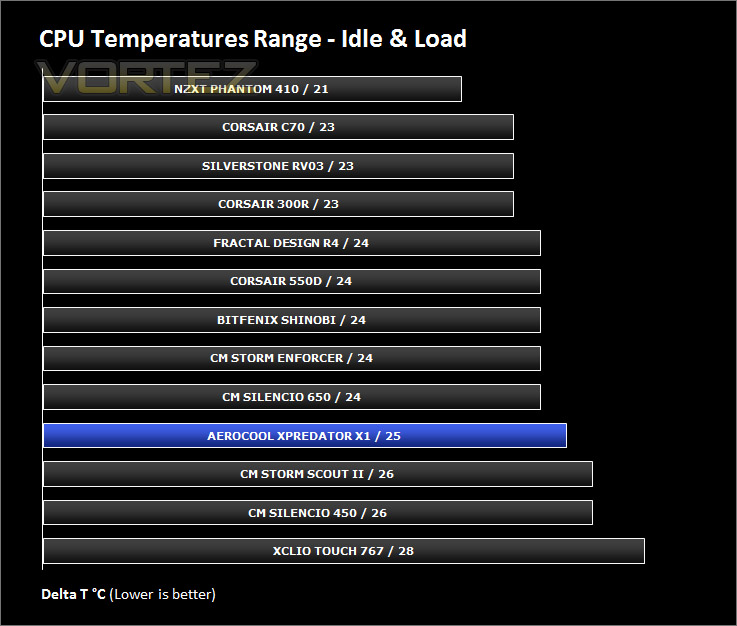 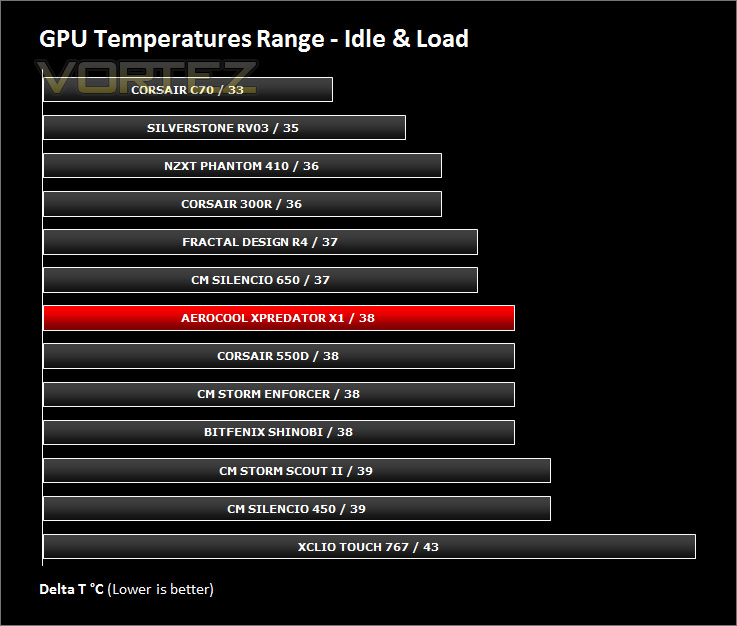