👤by David Mitchelson  Comments 📅06-03-19
Conclusion
Since this is our first outing with Aftershock, first impressions are everything.

Its important to note that Impulse can be configured to your own specific components from the customisation tool on the website  users arent locked to the specification weve considered today.

Small form factor PCs are gaining more and more traction in the PC gaming community since there are no mandatory compromises. High-performance CPU coolers, graphics cards, motherboards and other components can all be sourced in their Mini-ITX format  which in turn allows for the creation of pint-sized powerhouses! Aftershock has brought to market one such unit that bears all the hallmarks of elegance in a classy gun metal aluminium computer chassis.

Of the components installed within Impulse, all of the kit is from reputable brands  many of which weve had experience with before. The system is without doubt a configuration which offers excellent all-round performance and the reason for that boils down to the Intel Core i5-8600K and the ZOTAC RTX 2070 MINI. Both pieces of kit propel the user experience, whether gaming is on the agenda, watching movies or performing tasks such as photo manipulation. 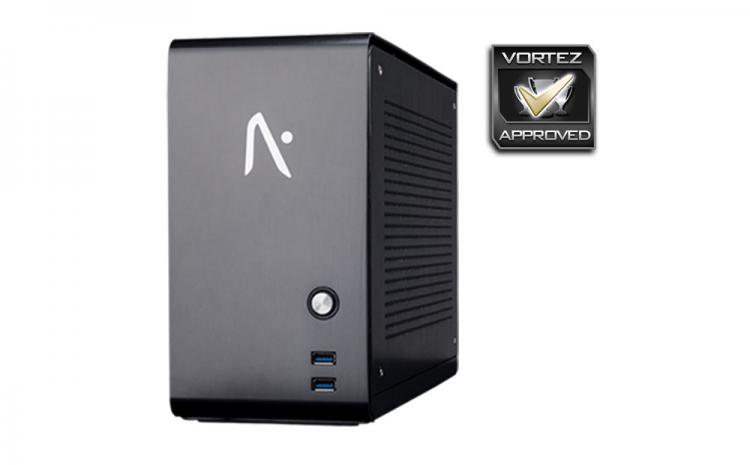 Our only reservations come with the decision to include Intels reference heatsink/fan which is downright offensive to the ears - this cooler can heard even under light system load. There are enough budget focussed coolers on the market to take Intels solution out of the equation. Another area which could be regarded as a wasted opportunity is the provision of a SATA-based M.2 SSD instead of a PCI-Express driven SSD. The motherboard supports the latter and yet it wasnt utilised. As it stands, Impulse has its storage transfer rates capped at up to 500MB/s instead of a possible 2000MB/s.

As far as gaming is concerned, Impulse is easily capable of delivering solid 1080p/1440p performance in the latest triple-A titles. If you wanted to pair this system up with a high-refresh rate monitor then 1080p is probably the more favoured resolution, although 1440p is a possibility but detail presets may need to be reduced from maximum.

Impulse, under the reviewed configuration costs $2355 AUD. After some research, we were able to obtain a similar list of components for approximately $2100 AUD. Of course, buying the kit yourself means you have to build the system yourself too and this defeats the object of buying a prebuilt system in the first place. Factoring in the 2 years warranty and this configuration is reasonable value for money.

The Aftershock Impulse is a stylish, well-designed gaming system which, although small, doesnt compromise on performance!

Cons
- CPU temperatures get rather high
- CPU cooler loud and ineffective
- SATA-based SSD (500MB/s)
Click here for an explanation of our awards at Vortez.net.