The latest line of A-Series APUs come laden with new features all aimed at delivering a seamless graphics rich experience at little inconvenience to the end user. Coming in with an updated 'Northern Islands' based Radeon HD 7000 series integrated GPU that uses the VLIW 4 architecture, Turbo Core 3.0 for both CPU and GPU, aimed to reduce power consumption while giving the user peak performance.
The biggest change is in the x86 architecture. Displacing the four K12 cores found in the Llano APUs we find four 'Piledriver' cores. 'Piledriver' is the direct successor to the 'Bulldozer' architecture and spells a new era for AMD and the direction that their future technology will take.

Today we are looking at the A8-5600K unlocked APU. 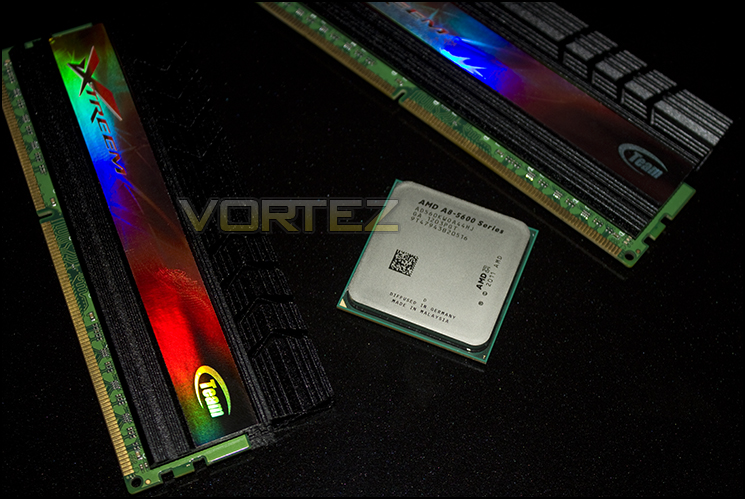