👤by Tony Le Bourne  Comments 📅02-10-12
Conclusion
When comparing the A8-5600K to the previous generation, there are some new worthwhile features, such as Eyefinity and the AMD HD Media Accelerator. There are vast improvements that can be seen, especially in the CPU core scaling and memory bandwidth and the new iGPU with just 256 cores keeps pace with the 400 cores of the HD 6550D proving how efficient and robust the new architecture is. 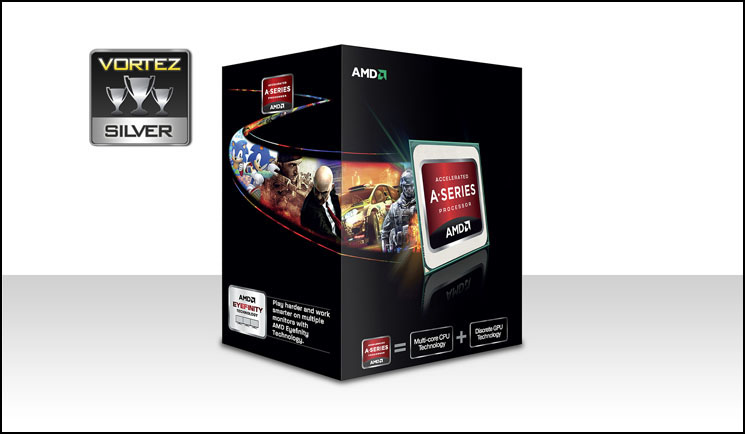 Overall the performance was a little underwhelming in a 'seen it all before' sense, but looking at it more from a media/HTPC side, Trinity seems to offer almost everything one could need and the user experience was seamless and smooth throughout as to hold up that bar of mainstream user expectations. When compared to the Intel offerings, Trinity really hammers home the point that a strong GPU is essential to a modern computing experience and the A8-5600K has spades full of performance that allows for casual gaming at decent settings. Extra performance can be had with faster memory and overclocking which with the right motherboard is fairly simple to do. Another consideration is that more motherboards are starting to adopt Lucid Virtu MVP, which is particularly useful as you will have the ability to use the decent iGPU alongside any discrete graphics card and it really adds to the longevity and value of the APU.

At time of writing this chip costs around £80inc VAT and there is little to fault it at this price point. Power use isn't anything extreme and is suited to low power applications. Performance has been a little bit of a sideways increase in some aspects, focusing on the GPU compared to the competition, AMD are winning, yet that is no excuse to sweep the CPU dust under the rug. Making an informed choice on which CPU/APU is ideal for ones computing needs is important.

That all said, AMD have released a new APU that delivers new features and generally improved performance that is worthy of consideration, for those reasons the A8-5600K has been awarded with the Vortez Silver.

Cons.
- Can be out performed by predecessor