- AMD Turbo Core Technology 3.0 - Amazing performance when youre pushing your system to the limits, with scaled back power consumption for everyday activities to help keep your system running cool & quiet. 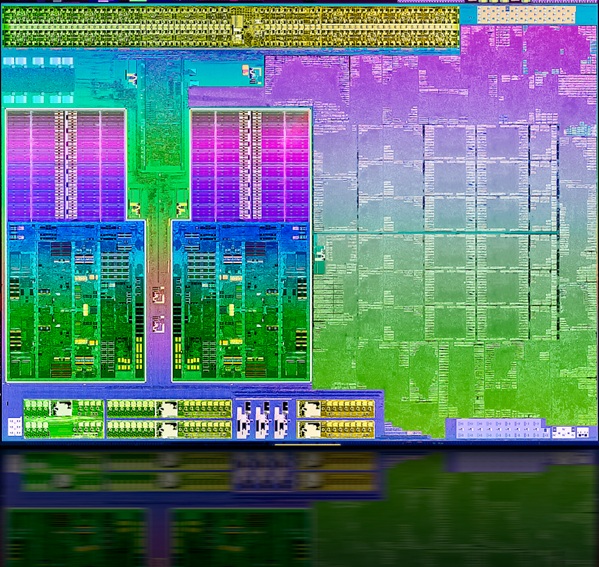 Trinity Die Shot
As Trinity is still on 32nm process, the die area has expanded a little over Llano to 246mm² but because of this AMD has been able to include technologies such as Eyefinity and the AMD HD Media Accelerator/Converter. Though we can also note a reduction in Radeon cores, the new architecture should prove more efficient and deliver capable performance.

The A8-5600K comes in with the CPU clocked at 3.6GHz with a turbo of up to 3.9 GHz, and the HD 7560D iGPU clocked up to 760MHz. These clocks are significantly higher than what we saw in Llano and is likely needed to help keep up the performance lost by the CPU architecture change (no miracles here), and having lower GPU cores. Regardless, with the new features that Trinity offers, if it can maintain and improve performance in the same power frame the general consumer wins.