Despite not being one of AMD's special multiplier unlocked 'Black Editions' thanks to a high multiplier the 255 begins at an impressive 3.1GHz stock clock speed. 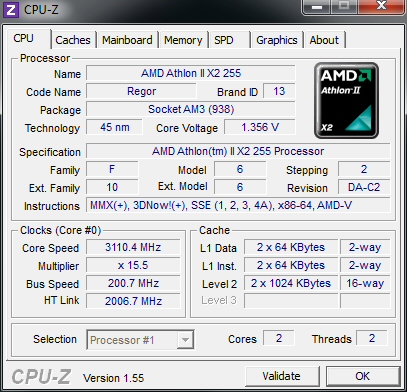 A voltage bump of just under 0.1v allowed me to push the FSB to 240MHz which returned a creditable overclock of just over 3.73GHz. 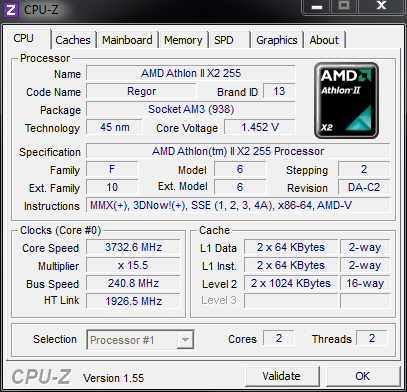 I knew there was more in the chip so pushed on.

Another voltage bump (only 0.06v this time) allowed an extra 11MHz on the FSB to give just under 3.9GHz. 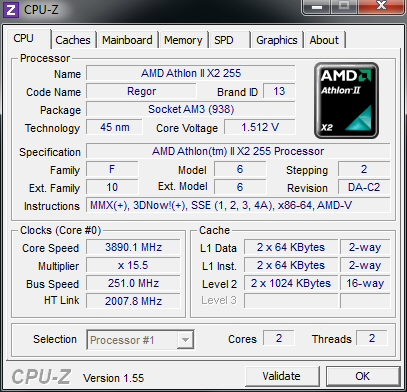 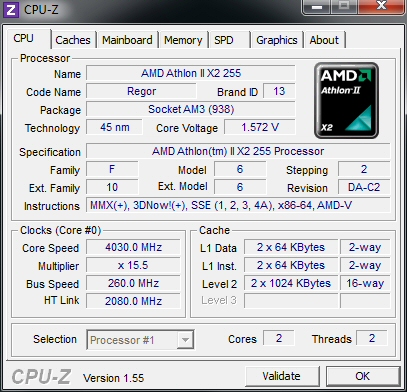 I wouldn't advise this kind of voltage (I tend to limit myself to 1.55v) although I have seen users at close to 1.6v who say all is fine and dandy.

None the less that's an impressive overclock for a £55 processor.

Temperatures at stock were exceptional - probably all thanks to the C1E system. 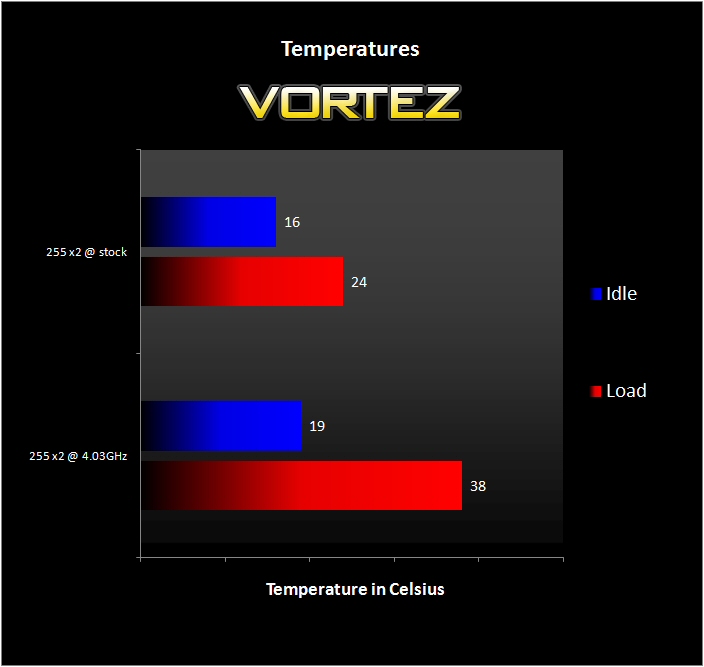 Even when clocked they were more than acceptable. The TX3 happily coped with it which is good news for anyone with a half decent cooling solution.