Cinebench utilises multiple cores to render a scene and then scores the result based on the speed with which the process is completed. 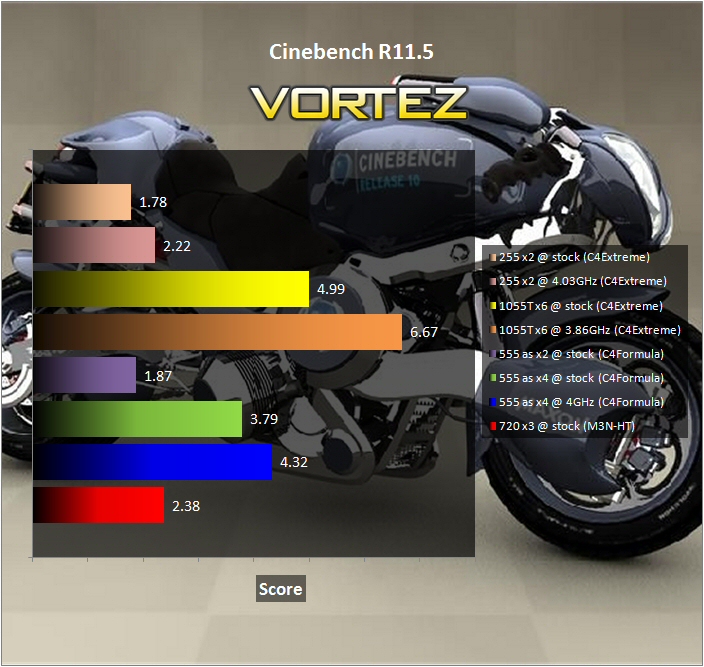 The results are pretty much as you'd expect. The limitation of a reduced core count is quite obvious. It's raw stock performance isn't a country mile away from the more expensive 555 Phenom II. Overclocking yields a pretty decent boost in performance - that stock clocked 720 Phenom II at the bottom just shows how an extra core adds grunt but the clocked 255 certainly isn't miles behind.

x264 is the final desktop style benchmark used to test the CPU. It's a High Definition video encoding benchmark that once again benefits from both additional processing cores and overclocking too. 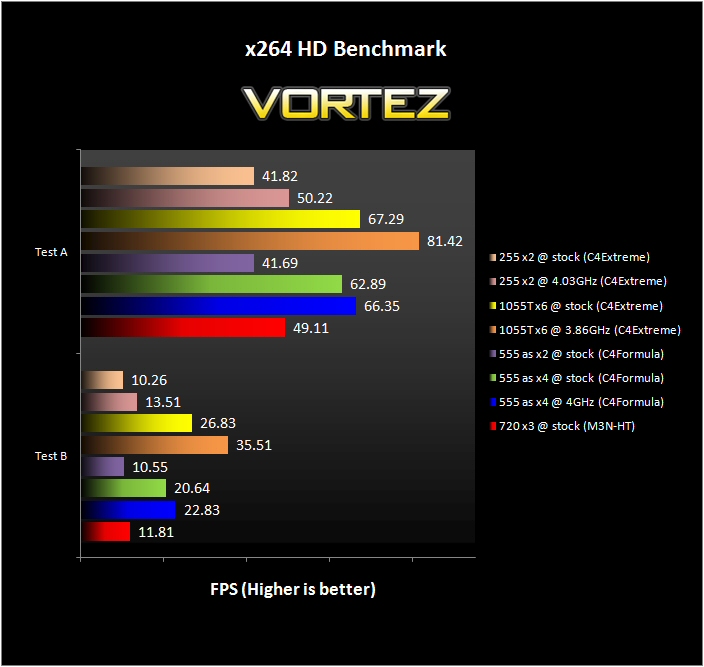 The results here mirror what I found in the previous test. The numbers for the stock 255 were identical to the stock 555 Phenom II in dual core guise. Of course additional cores help but the overclocked 255 actually manages to beat the 720 tri core - especially in 'Test B'.