The Athlon II X3 440 clocked pretty well. The Asus M4A89GTD PRO/USB3 i used to clock the chip did a great job and returned pretty decent numbers.

As i'm sure you're aware the ASUS motherboard has its own Turbo Key II overclocking switch. This allows the board to choose its best stable clock. Using this method the board pushed the Athlon II X3 440 to a stable clock of 3.48ghz @ stock voltage.

That turned out to be stable some i moved onto manual clocking.

I upped the motherboards FSB to 248mhz, set the voltage to 1.45v. This resulted in a 3.72ghz which i once again found stable.

I must also mention that i got the chip to boot with a FSB of 255mhz and a final clock of 3.82ghz - it entered windows and allowed a bit of light use but under load it proved unstable. I'm sure with extra voltage and some other tweaks this clock speed could have been stabilised. 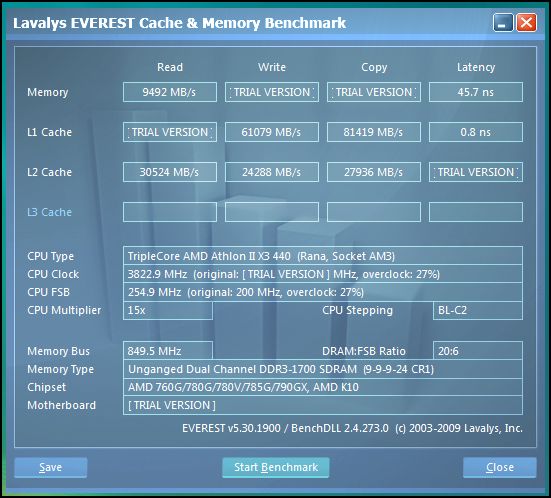 Next i used the motherboards other Core Unlocker feature  used together with the Turbo Key II the Athlon II X3 440 unlocked to a full quad core and also clocked up to 3.48ghz automatically @ 1.45v.

Manual clocking as a quad core was somewhat fruitless as i wasn't able to increase the FSB at this voltage. It might have gone further with more voltage but i didn't want to push too far beyond AMD's specifications.

I monitored temperatures whilst running the overclocks and discovered that (like the 555 Black Edition) the Athlon II X3 440 ran nice and cool even when heavily clocked. 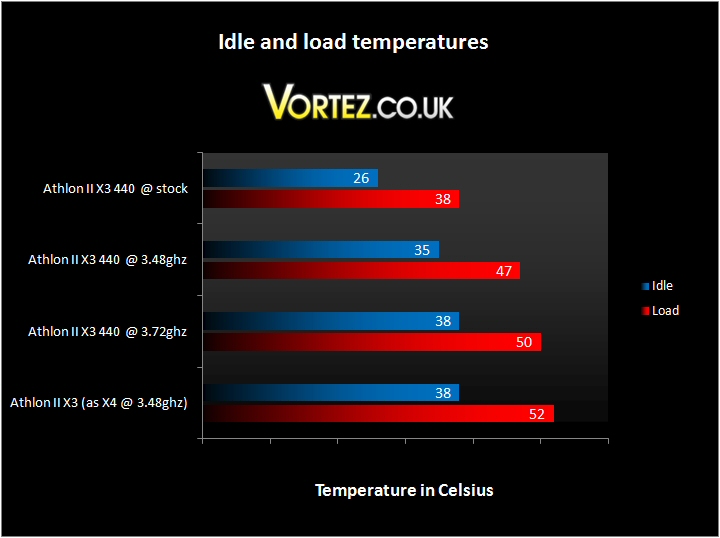 Temperatures shouldn't be an issue.