AMD are giving their budget end of the FX CPUs a bit of a bump in performance and today, we are going to be examining what the differences are. There is an obvious increase in clock speed from 3.8GHz to 3.9GHz which is always a good thing, and AMD have a trick up their sleeve to make it more attractive to the budget builders. It is a completely unlocked chip, just like any other Black Edition CPU which AMD produce, but when compared to the older brother, the FX-4100, it comes with a much better stock cooler which AMD claim to make it overclock that much further on the stock cooler.

We are going to be putting the FX-4130 up against the FX-4100 to show the difference in performance which this CPU is said to have at stock speeds. This will be down to small tweaks which AMD have made to the processor as well as the faster clock speed at which it runs. AMD say that there is a 3% to 9% increase in various aspects of computing and we want to find out for ourselves whether this is indeed the case. 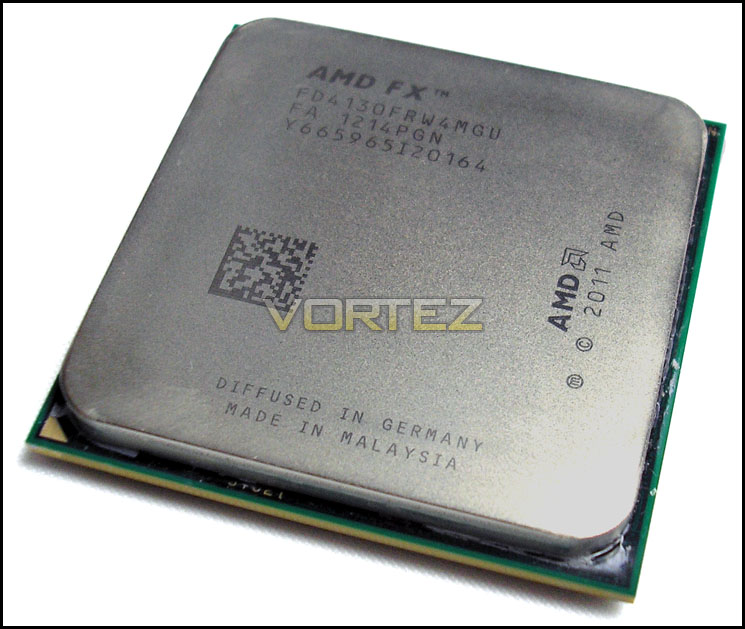 The FX-4130 is said to take the position of the FX-4100 as that has now become an EOL product. It is meant to hold the same price point of roughly £85. Whether it will remain like this is really down to the retailers but that is where AMD are aiming at with this chip.

AMDs Overview Of The FX-4130
Blow away the competition with the unrestrained power of an AMD FX Processor. Unlocked out of the box, and competitively-priced, AMD FX processors give you more bang for your buck with aggressive performance and lightning-fast responsiveness.