👤by Brendan van Varik  Comments 📅07-02-13
Conclusion
AMD have increased the speed of their CPUs and they have added a better stock cooler, but does the lack of L3 cache affect this CPU in a negative way?

In the vast majority of benchmarks which we ran, the cache certainly did not impact our results too much. Some of the games and benchmarks however clearly show that the FX-4100 had its advantages with double the cache. If you are wondering why our overclocked results are sometimes worse than the stock speeds, we are just as mystified as you. The only thing we can put it down to is the CPU needing more cache, but this may not be the issue and it may be something else.

The FX-4130 comes in at the same price point as the FX-4100 did which makes it a more attractive option due to it coming with a faster clock speed and with it being better equipped in the cooling department. Due to the performance tweaks AMD have made, and from what our testing shows, the chip is quicker at stock speeds but not only due to the extra clock speed at which it runs. AMD made some small tweaks to the architecture which improved its efficiency. 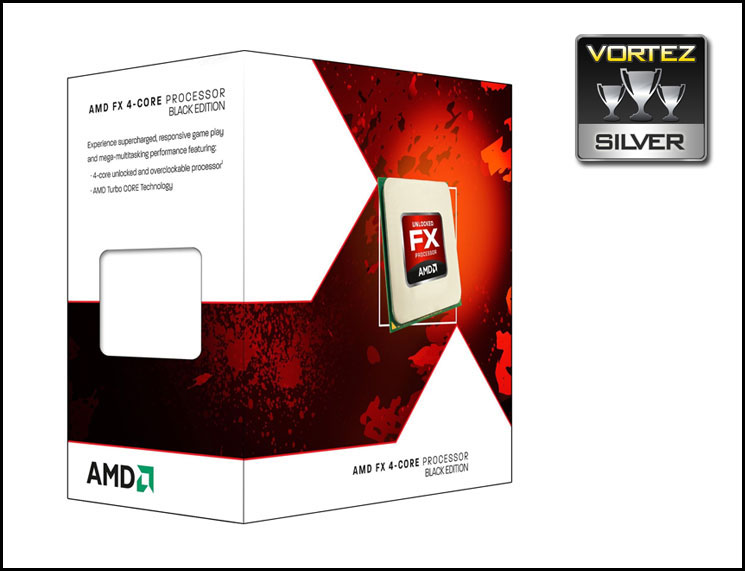 From our testing, the FX-4130 does overclock better but as we mentioned previously in the review, it may be down to luck  the silicone lottery. Many of the FX-4130 CPUs are rumoured to hit 5GHz with relative ease though which is a good sign as our testing reflects this.

The stock cooler helped us achieve an extra 200MHz on top of what was previously possible on the old FX-4100 stock cooler which we were both surprised and impressed by. It is not every day you see such an improvement, especially when it does not cost you anything extra. We were able to run at 4.2GHz (a 400MHz overclock) on the FX-4130 cooler with nearly the same temperatures as the FX-4100 cooler running at stock speeds. This shows you how much more efficient the cooler is.

Due to the way that this processor performs and the overclocking ability it has right out of the box, we feel that it is worth a solid silver in our books. If it had the extra cache and all benchmarks had improved results, it would definitely have been a golden one but the lack of cache sadly holds it back a little. Nevertheless, a great budget CPU and well worth looking into if you need a quad core on a budget.

Overall, we are impressed with the changes that AMD have made to this CPU. If it still had its full 8MB of L3 cache then it would be a more powerful CPU. Even though the specifications state that the TDP has risen to 125w, in real terms, it really does not increase all that much. To sum it all up, this is a great budget CPU for those who want to play the latest games but cannot afford the more expensive counterparts.