👤by Brendan van Varik  Comments 📅07-02-13
Packaging & The CPUs
For both processors, the external packaging is the same. It has a red cross on the front with the FX logo in the bottom left portion of the cross and on the back it is filled with what the box contains in many different languages. 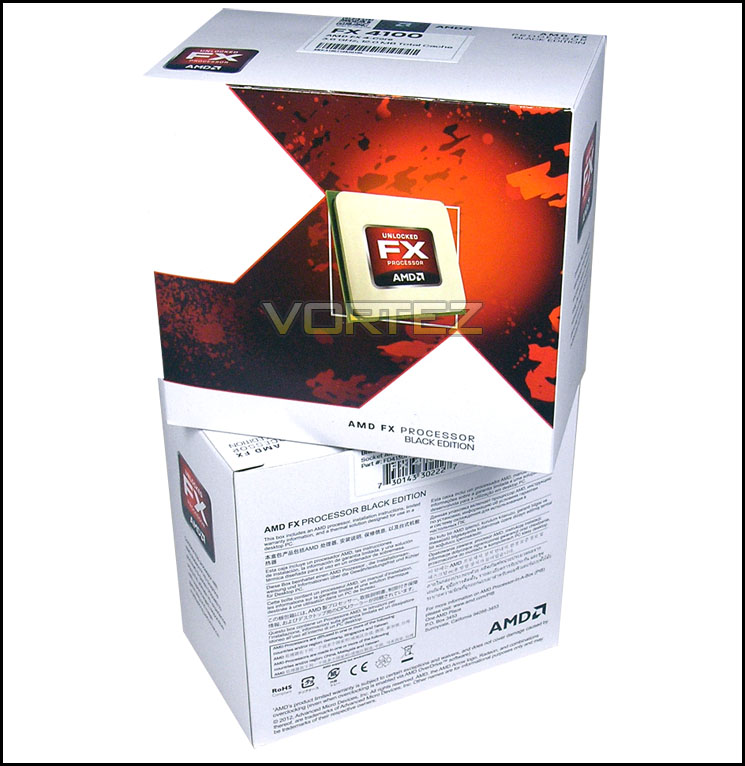 AMD told us that the FX-4130 overclocks further on the stock cooler when compared to the FX-4100 and its stock cooler, and when you open up the box, it immediately becomes apparent as to why that is the case. The cooler is a real monster for a stock cooler. In fact, it is bigger than those found on its bigger sibling  FX-8350 (eight cores). On the left-hand-side is the stock cooler of the FX-4100 and on the right is that of the FX-4130. You can clearly see the difference in FPI (fins per inch). As well as being a lot bigger overall, it also features twice the number of heat pipes to draw heat away from the CPU and into the fins.

There will not be any differences in the aesthetics of the CPUs as they are identical in terms of their looks. The only thing that separates them apart is their writing on the front which dictates their model numbers and serial numbers. 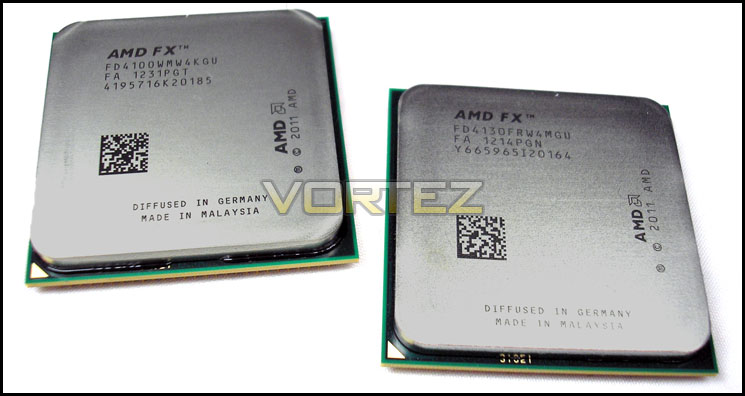