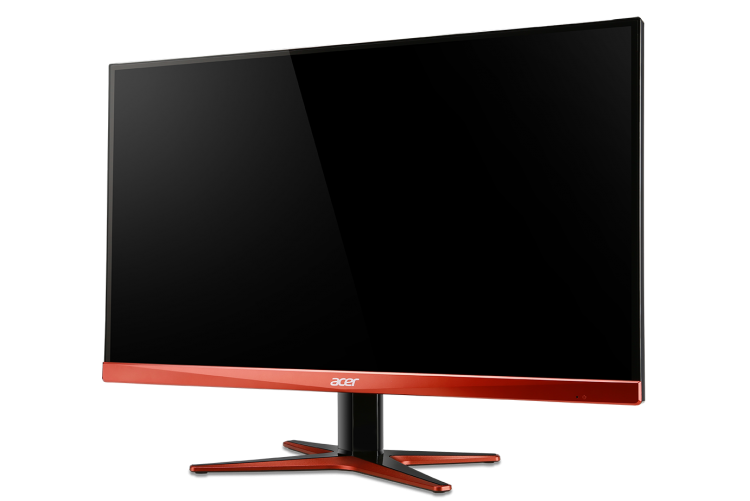 In preparation for this article weve had some time with one of the FreeSync launch models, the ACER XG270HU. This is a 27 144Hz TN panel which supports resolutions up to 1440p, and hence by any measure is a pretty high-end design.

In testing we married the XG270HU to the same basic testing rig weve used for the recent GPU driver analysis articles, pairing it this time with an XFX R9 285 Black Edition. The Radeon R9 285 was released in September 2014 and is an evolution of the Tahiti GPU found within the R9 280, boasting a little more performance as well as support for new technologies such as FreeSync. Current the bang for your buck king in AMDs desktop GPU lineup, the R9 285 is really the baseline for hardcore gaming with FreeSync. Its also going to be pushed to the limit rendering modern games at 1440p, providing us with some indication of the behaviour of FreeSync below the optimum envelope for the XG270HU.

Unfortunately the best mode for assessing frame rate syncing technology is by inspection  no simple screenshot or benchmark can capture if the technology is working and what effect it has.

We would have like to go back to our usual testing tools for this system  namely Far Cry 4 and Assassins Creed: Unity. However these two Ubisoft titles are notorious for idiosyncratic behaviour and have no integrated benchmarking utility, making repeatable frame-rate comparisons difficult. Instead well be returning to two stalwart titles in our assessment  Tomb Raider (2013) and Bioshock Infinite  as well as Thief 4 to discover just how well FreeSync performs