AMD raised the benchmark when the broke out the HD7970, currently the fastest sngle core GPU on the planet. Unfortunately, it currently has an astronomical price to match that performance so while many are left aghast at the cost of such a beastly card, few can afford such luxuries. Many are waiting for the HD7800 series which will no doubt be cast into the 'best bang-per-buck' mould but with the current crop of games available at present, the need for such high powered GPU's is often called into question, especially if you class yourself as the occasional gamer who games at a resolution of less than 22". Indeed the HD5770 took a 28% market share of DX11 capable cards according to steam as of Dec 2011.

AMD have not forgotten this market, indeed it is one of the biggest markets available because the adaptability and low power requirements this range of GPU's provide. An mATX gaming rig, HTPC or a media center - all of these setups require a graphics card and because the cooling and power requirements of entry level GPU's are much lower than their bigger brothers, they are perfectly suited to such setups. 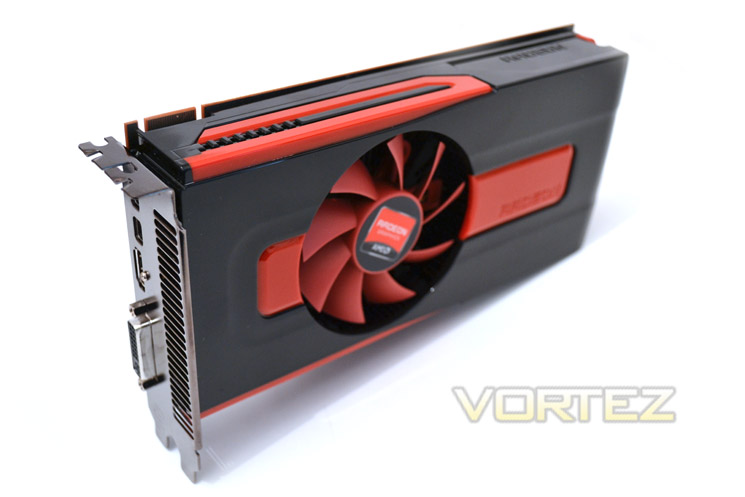 Enter the AMD Radeon HD7770. Based on Cape Verde core complete with AMD's GCN (Graphics Core Next) technology, it has 640 Stream Processors, 1GB of GDDR5 and a core clockspeed of 1GHz as standard - a worlds first for a reference card. It has all of the attracxtive features it's bigger flagship model (HD7970) has too with Eyefinity 2.0, AMD HD3D, ZeroCore Power technology and SuperSample AA to name but a few. As we have seen in previous reviews, the HD6770 struggled in some games but AMD are claiming around a 30% increase in performance over NVIDIA's equivalent card, the GTX550 Ti which was by no means a performance king itself but an increase of 30% but's it well within reach of a GTX560. Shooting above it's station - maybe but the HD7770 looks set to be a great budget card and one which can fill the void of those looking for a graphics solution that will not break the bank.

A special brand for AMD Radeon products defined by AMD engineering that meet or exceed a reference engine clock of 1GHz.

- Represents a milestone for the graphics industry: a reference engline clock of 1GHz

- Standard Product: will ship in volume as the Primary SKU

Let's take a look at the product specification...