The HD7970 set new standards in GPU processing but sadly it also has a price tag to match. The lesser HD77XX series of GPU's, while adequate for a low-end setup struggle to provide the frames per second at today's most popular resolutions. The card many enthusiasts have been waiting for is the mid-range HD7800 series of GPU's. Today we will be looking at the HD7870 which is the more powerful sister card of the HD7850.

With the flagship HD7970 costing well over the £400 mark and the HD7950 a little under that, many people baulked at the cost of upgrading their previous generation card. The 7870 hopes to fill that gap with a street price of around £275. Still expensive but within reach of those who are looking for good bang per buck. NVIDIA however have other plans and have made some aggressive price cuts on their last generation GTX580 and GTX570 cards with the HD7870 sitting squarely between the two so it will be interesting if the performance of the HD7870 relates to the cost of both itself and by comparison, its competition. 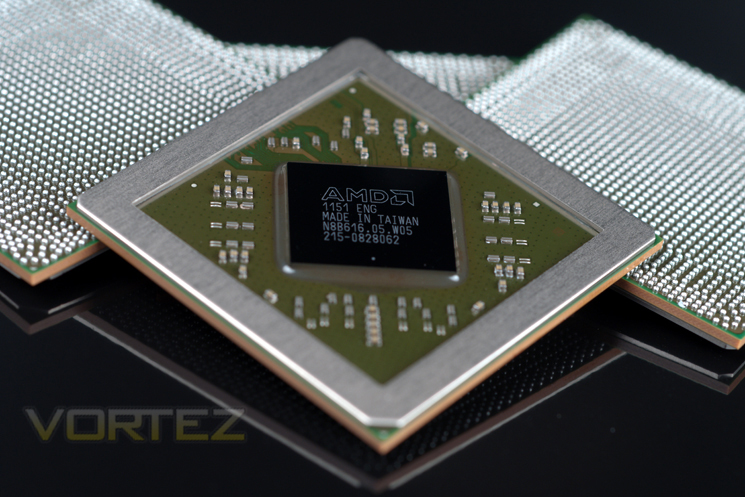 The HD7870 comes with 2GB of GDDR5 which is more than enough for the today's latest games and has AMD's latest GCN enabled architecture codenamed 'Pitcairn XT'. We will go into the details of this new core on the next page but as you would expect it is slightly less powerful than the Tahiti XT while having much more grunt than the 77XX Cape Verde. Don't be fooled into thinking the HD7870 is a go between card though as going by the specifications, it is not far behind the HD7950 GPU which has been a massive hit here at Vortez. Hopefully we will see performance to equal the impressive specifications of the AMD HD7870 because if it doesn't, I fear the green team will be mopping up the mid-range market with their last gen GPU's.

Here's what AMD had to say about their latest product:

-The gigahertz barrier has been broken. Armed with a stunning 1GHz GPU based on the revolutionary GCN Architecture, the AMD Radeon HD 7870 GHz Edition is quite simply engineered to reign supreme.

-The next generation of AMD Eyefinity technology is here, featuring all-new support for stereo 3D, universal bezel compensation and brand new display configurations. Face it: the best just got better.

-PCI Express 3.0 has arrived, and the AMD Radeon HD 7870 GHz Edition is ready. Get superior performance in multi-GPU configurations thanks to unprecedented bandwidth and AMD CrossFire technology.

-Leave no performance behind. Get higher clocks and faster gaming with AMD PowerTune technology on the AMD Radeon HD 7870 GHz Edition.

-AMD ZeroCore Power technology allows your AMD Radeon HD 7870 GHz Edition to consume virtually no power in its idle state. It even shuts down secondary GPUs in AMD CrossFire technology mode to save power when theyre unneeded.

There are currently 699 user(s) online:
Google