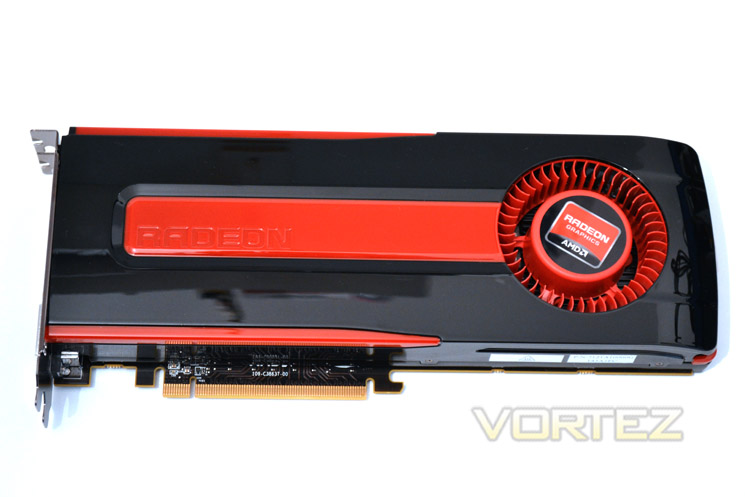 HD7970 Front
At first glance the HD7970 looks identical to the reference HD6970. Perhaps the biggest difference in looks is that card's cooler is gloss black rather than the matt we are accustomed to. I was hoping AMD had revised the cooling design as the 5000/6000 series were notoriously loud but looking at the cards exterior, very little has changed save for the moulded, glossy finish. 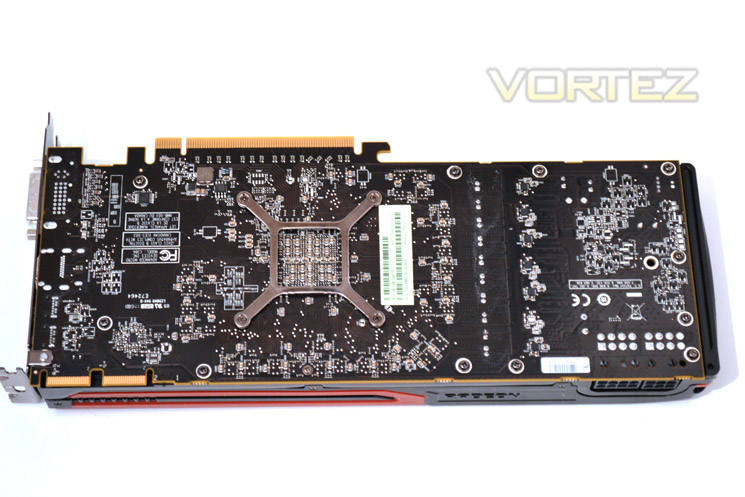 HD7970 Back
Flipping the card over we see that AMD have kept the black PCB which matches the overall looks perfectly. The cooler is attached by 12 screws and a further 4 spring load screws hold the backplate to the GPU. 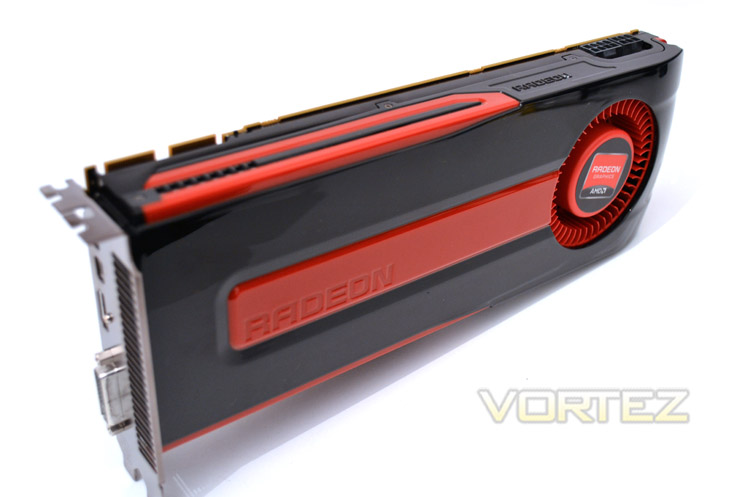 HD7970 Side
The card measures 27cm long which is par for the course as far as high end cards go. The moulded finish to the card continues along the side with red plastic inserts. 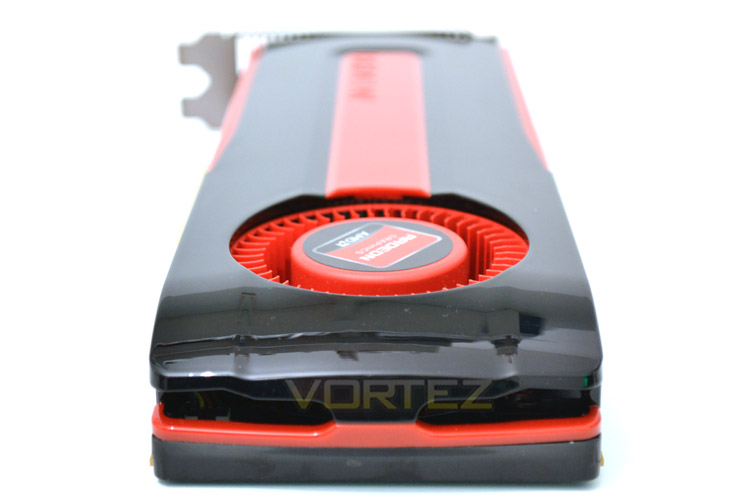 HD7970 Perspective
Here you can see that rather than being the rectangular monolithic graphics card design we are familiar with, the new design is very curved yet looks strangely familiar... 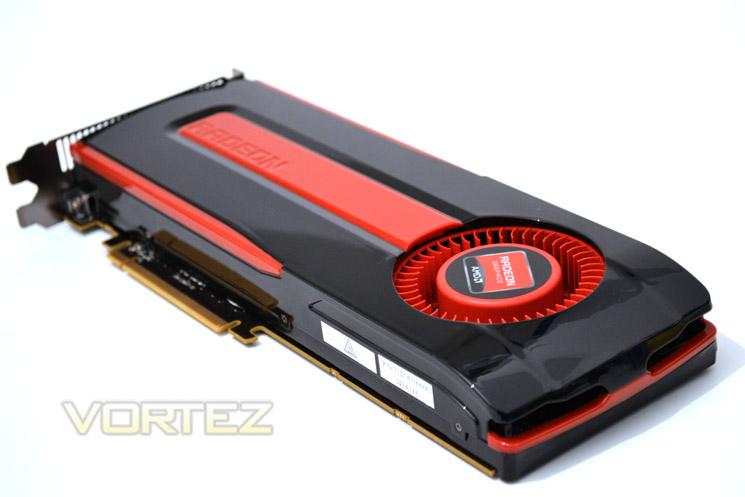 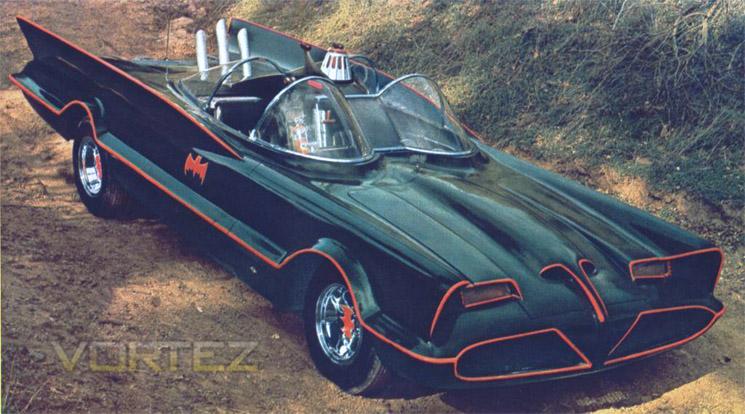 I don't know if AMD took the cooling design from the 1966 Batmobile but the similarities are there for all to see! Joking aside, I think the new design, while hardly revolutionary looks very neat and tidy and if it performs half as good as the Batmobile it will be deemed heroic! 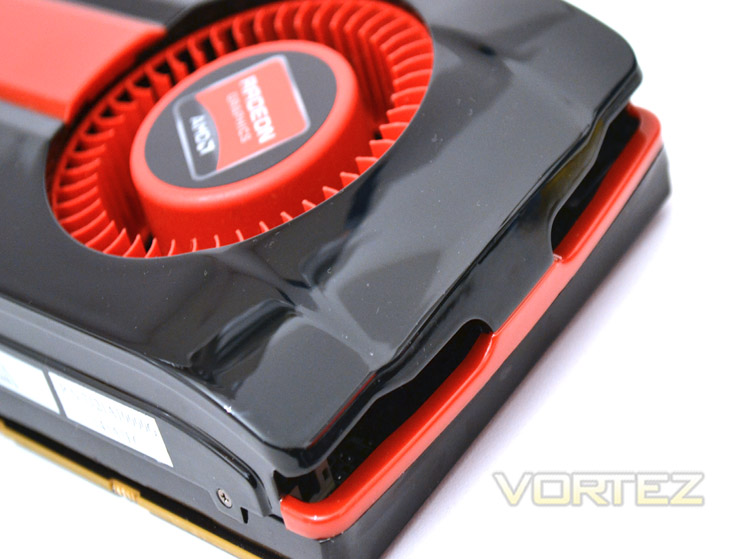 HD7970 Intake
The end of the card has two cut-outs for the air intake which the fan will then push over the main heatsink hidden beneath the cooling shroud. 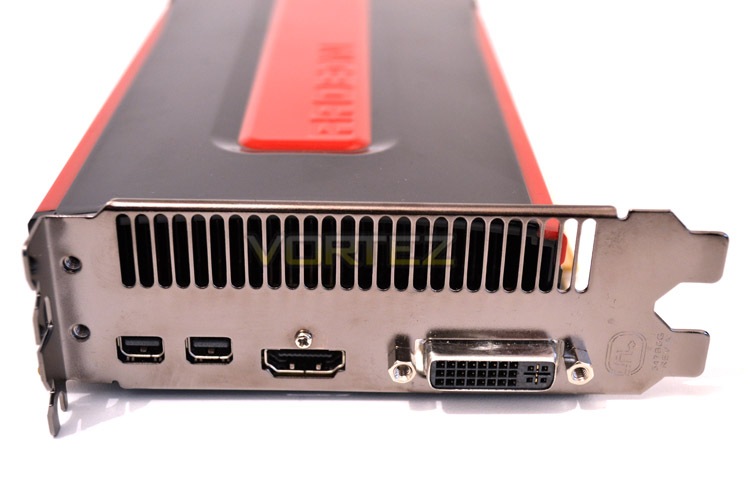 HD7970 Backplate
The I/O area has twin mini-DisplayPorts 1.2 along with an HDMI 1.4a port and a single DVI port capable of resolutions upto 2560x1600 along with Eyefinity support. 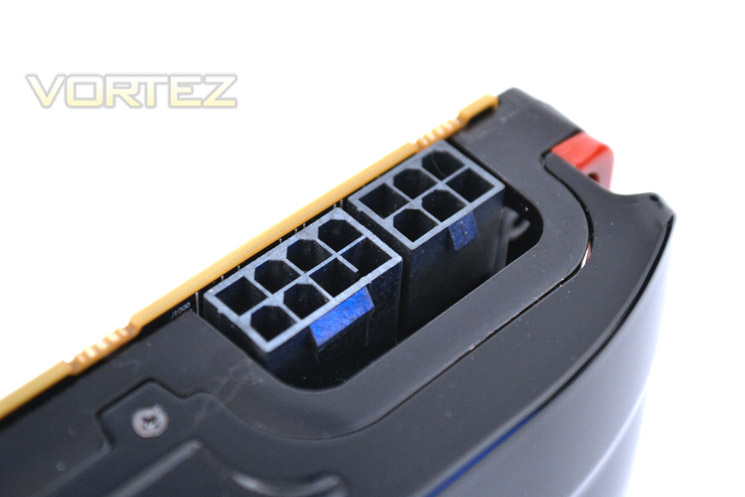 HD7970 PCIe Power
The card uses a 6 pin and 8 pin PCIe power ports and while there is no concrete information available regarding PSU requirements, I would be extremely surprised if anything more than a 600W PSU was required. As always though, a quality branded PSU such as Corsair is recommended for optimum, reliable performance. 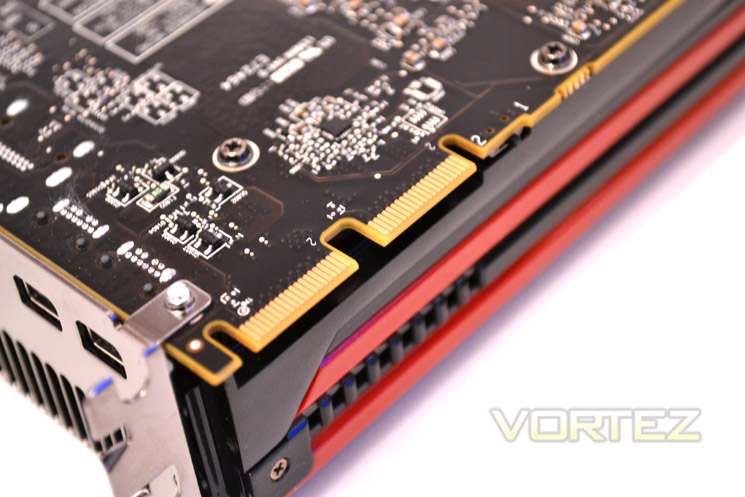 HD7970 Crossfire tabs
Like it's forbear, the HD6970, the HD7970 has dual Crossfire tabs which will allow multiple GPU configurations. 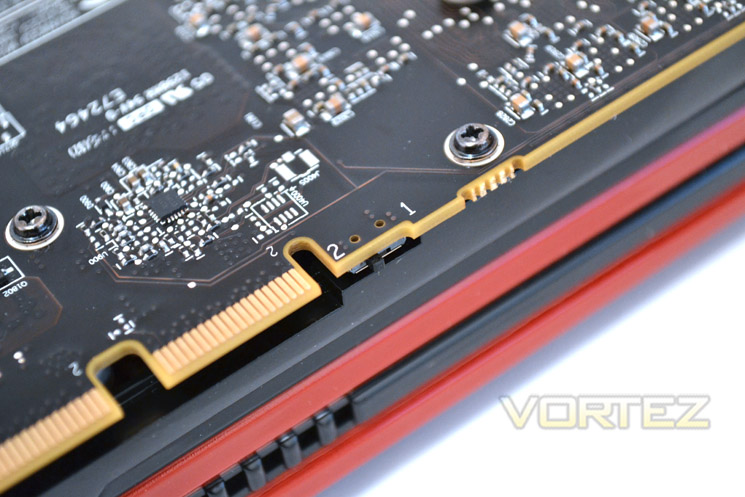 HD7970 BIOS Switch
Yet another nod to the past is the Dual BIOS switch. At stock, both BIOS's on the card are identical however, having a backup BIOS means you can update and perhaps tweak one BIOS with higher clockspeeds, voltages and fan profiles while leaving the remaining BIOS as a back-up should htings go wrong. This is a great feature to have as it will save many people from turning their expensive graphics card into an ornamental door stop.

Let's take a closer look at the card by removing the cooler and investigating that innards in all their naked glory...