👤by Brendan van Varik  Comments 📅29-10-12
Conclusion
AMD have certainly raised the game with the revised version of Bulldozer, known now as Piledriver. However, we have not seen the quoted 'up to 23%' improvement which AMD said there should be. Obviously, that is in an ideal world it may be that big of a difference between the two CPUs. In some of our benchmarks where we benchmarked only one module (2 cores/2 threads), the gain was there - but when you leave them all enabled, there is nowhere near such a gain to be seen.

Pricing on these chips is very competitive and it is clear what AMD knows where their CPUs lie when they are compared against Intels lineup of processors.

Unfortunately, AMD have not been able to bring down the TDP ratings, again. They are still rated at 125W which is a lot of power when compared against Intel's offerings. As this CPU is pitted against the Intel Core i5 3570K, according to AMD and their pricing strategy, when you compare Intel at 77w to AMD at 125w, the difference is large. Granted that Intel has four cores whereas this chip has eight, it still needs improving. 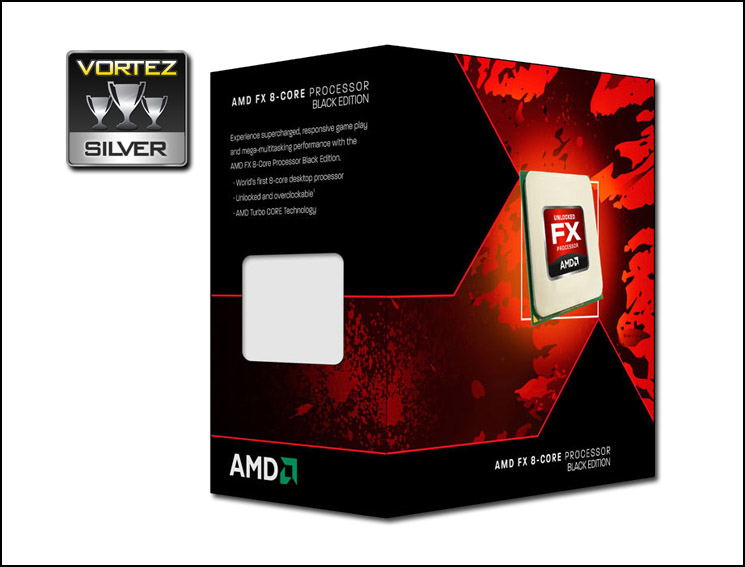 As of yet, AMD have not been able to get past the 32nm manufacturing process for the processors yet, whereas Intel is already on 22nm which means both lower voltages can be used and the TDP can therefore be lowered as well. However, it is not all bad. AMD managed to get the clock speeds of their CPUs up a considerable amount without going over the 125w limit.

When you compare the Intel Core i5 3570K, the AMD Piledriver FX-8350 certainly does give it a good run for its money. However, this is only in multi-threaded applications. When it comes down to a single threaded application, the Intel CPU(s) continue to trounce all over the AMD chips. It is a step in the right direction for AMD though. It may be a case of too little too late but hopefully this will put them back in the game where they can regain some of the consumers trust and continue to push them towards something better.

To cut a long story short. Would this be the choice of processor to go for if you were building a new gaming rig from the ground up? In short, probably not as an Intel CPU continues to beat AMD in the performance department and they use considerably less energy - 77w versus 125w, at stock speeds. Not only will you need more cooling power to tame the beast, you will also see increased electricity bills. Whilst the near 50w difference may not seem like a lot, if you leave your system on all day, every day, you will certainly feel it in your pocket.

This is a competitive CPU when pitted against the Intel Core i5 3570K, and it definitely deserves a better reward from us than Bulldozer got. Although it still is not a gem in the rough, a silver medal is definitely in order here for the improved performance and competitive pricing against Intel.