The current generation of Bulldozer CPUs are being replaced with four models at release. There may be more models released in the future with revised steppings but for now, we will have these on the shelves:

There will be no new chipset released along with Piledriver as the current generation of 990FX motherboards support the technology. After all, it is just a revised Bulldozer architecture with improved performance. Lets take a look at the basics of the design anyway, just to refresh our memory: 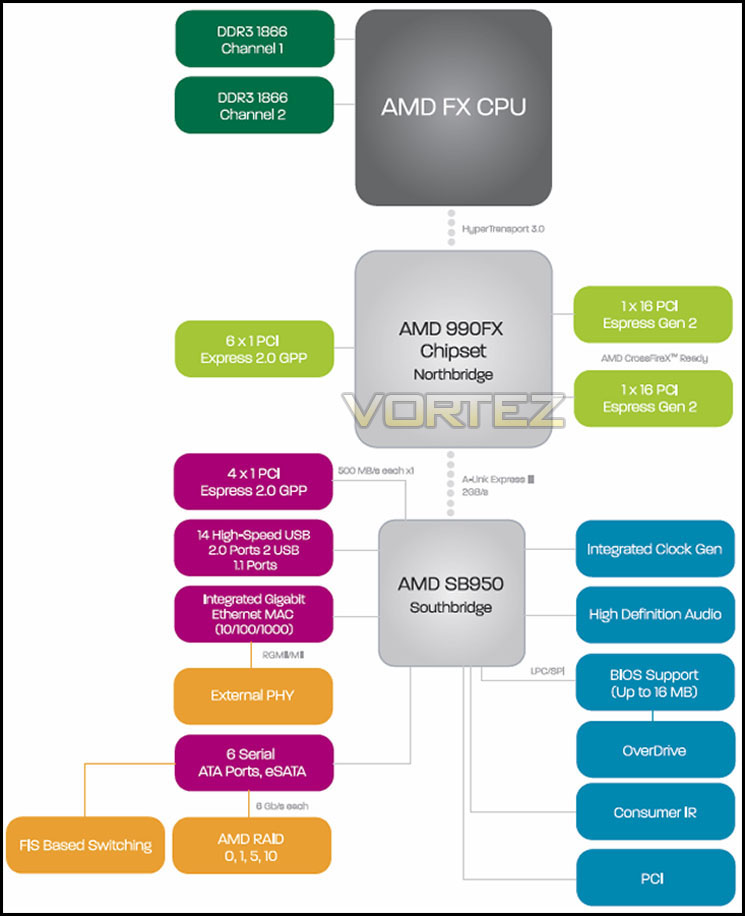 In the chart below, AMD have demonstrated where they feel their competition against Intel lies with their pricing schemes. Unfortunately for them, it appears that their top of the line product will be compared to a mid-ranged Intel product and Intel still have the i7 3770K card to play but AMD have not responded to this.