It is coming up to two years since AMD introduced the last series of desktop graphics cards. The 7 series offered ground breaking performance and some significant leaps in gaming technology so this time we are hoping for much of the same. The 7 series cards clawed back much of the headway NVIDIA had gained and the past two years has seen the performance crown swing too and fro with every driver release, price reductions and of course, NVIDIA's own new family of graphics cards. AMD however have maintained a high proportion of the market share thanks to their aggressive pricing policy which has seen cards such as the HD7950 and HD7850 soar in popularity for those looking for a high performance card which doesn't cost the Earth. It is this market segment that the AMD R9 270X falls within. A card which promises to deliver value yet performance and lead the pack of graphics cards which fall under the $200 threshold. 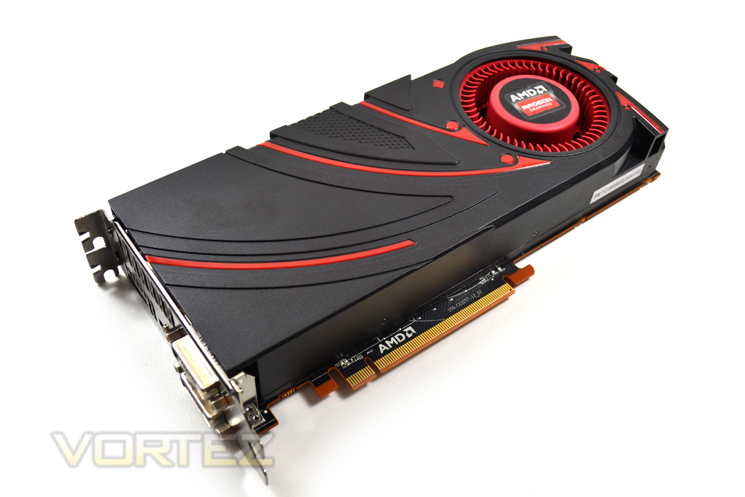 Pitched squarely at the feet of the NVIDIA GTX660, AMD are looking to gain a stranglehold on the middle sector and with some impressive specifications, they look all set to do so. The R9 270X is the middle card out of a family. The range topper is the R9 290X, said to compete with both GTX TITAN and GTX 780. Next comes the R9 290. These are classed as AMD's enthusiast cards. Both the R9 280X and today's sample, the R9 270X are marketed as the 'gamer sweet spot'.

We can confirm the R9 270X is not a 'crippled HD7950' as reported by some sources nor does it have a Tahiti LE core at its heart. It uses a redesigned Pitcairn core complete with 1280 shaders, a 256-bit memory controller with 2GB to 4GB of GDDR5 at its helm. Clockspeeds will inevitably vary between manufacturers but the reference design is clocked to a healthy 1050MHz and a memory clockspeed of 5600MHz (effective). With these figures we fully expect the card to overthrow the GTX660 and with a price point starting at $199 with the inevitable premiums added for factory overclocks, aftermarket cooling etc it is fair to assume this price will increase further bringing it in line with the GTX760 and AMD's own HD7950 cards which are much stronger opponents and why we will also include them in our run of benchmarks.

We have a lot to get through today though so go put the kettle on, sit back as we take you through AMD's 'value for money' card.

GCN & Mantle
The award-winning Graphics Core Next (GCN) architecture in the AMD Radeon R9 and R7 Series graphics cards continues to serve as a driving force behind the Unified Gaming Strategy, AMDs approach to providing a consistent gaming experience on the PC, in the living room or over the cloud  all powered by AMD Radeon graphics found in AMD graphics cards and accelerated processing units (APUs). The four pillars of the Unified Gaming Strategy  console, cloud, content and client  come together with the introduction of Mantle.

With Mantle, games like DICEs Battlefield 4 will be empowered with the ability to speak the native language of the Graphics Core Next architecture, presenting a deeper level of hardware optimization no other graphics card manufacturer can match. Mantle also assists game developers in bringing games to life on multiple platforms by leveraging the commonalities between GCN-powered PCs and consoles for a simple game development process.