The wait is finally over. The R9 290X is finally here. After a somewhat disjointed media frenzy we can today reveal everything you wanted to know about AMD's latest flagship graphics card. Fuelled by enthusiast speculation, there have been numerous details 'leaked' to the public from some very dubious origins. Rumours ranged from TITAN Killer performance for less than the price of a GTX780 to a total flop of epic proportions. Sifting through the wheat we can say, after thoroughly testing this graphics card that some of the rumours were correct to a certain extent, and others were wildly inaccurate. The question everyone wants to know is can it beat a GTX TITAN and lay claim to being the new performance king? Yes and no. Yes it does better the NVIDIA GTX Titan in certain scenarios but not in others. 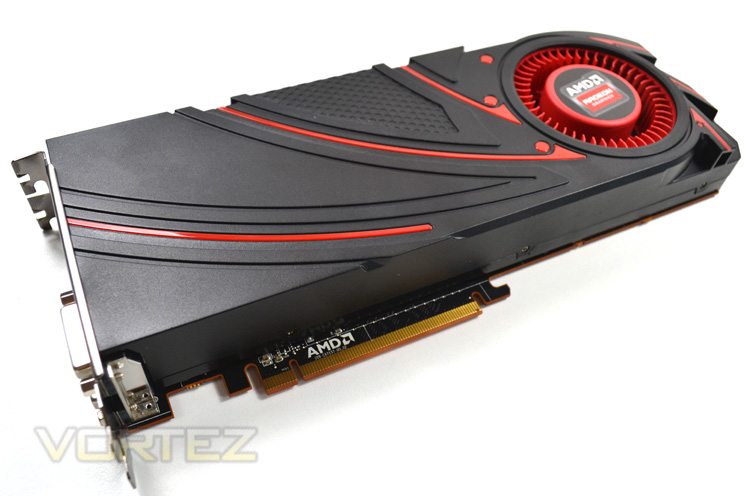 Why tell you this at the beginning of a review? Why make a statement that would normally be reserved for the conclusion? Well there is so much more to this new card than performance alone, both good and bad. We will examine all aspects of this tremendously powerful GPU without bias or preconceptions, telling it how it is. To do so, we will be pitching it up against the top tier cards available today which will allow you to judge for yourself whether the AMD R9 290X is truly a success or not. We dare say that your opinion will often change, as ours did, throughout this review. Such is the effect the R9 290X has on you. So without further delay, lets take a look at the official specification of the new flagship card from AMD.

AMD on their R9 Series
The award-winning Graphics Core Next (GCN) architecture in the AMD Radeon R9 and R7 Series graphics cards continues to serve as a driving force behind the Unified Gaming Strategy, AMDs approach to providing a consistent gaming experience on the PC, in the living room or over the cloud  all powered by AMD Radeon graphics found in AMD graphics cards and accelerated processing units (APUs). The four pillars of the Unified Gaming Strategy  console, cloud, content and client  come together with the introduction of Mantle.

With Mantle, games like DICEs Battlefield 4 will be empowered with the ability to speak the native language of the Graphics Core Next architecture, presenting a deeper level of hardware optimization no other graphics card manufacturer can match. Mantle also assists game developers in bringing games to life on multiple platforms by leveraging the commonalities between GCN-powered PCs and consoles for a simple game development process.