While AMD has taken a stronghold in the CPU marketspace, there is plenty of work to be done in the GPU department. For almost a decade NVIDIA has arguably lead the race, but the tide is beginning to change.

This week has been a clear indicator that NVIDIA are possibly threatened by AMD. In a move which intended to steal the thunder from the AMD Radeon RX 5700 series, NVIDIA pipped AMD to the post and released faster variants of their RTX GPUs by way of the new SUPER range. Its telling that NVIDIA only released two SKUs pre-5700 launch  perhaps due to AMD listing that the 5700 XT could beat the 2070. But, regardless of the ethics of such tactics, things are hotting up and for consumers that can only be a good thing. When competition is thriving, companies push innovation and it can also have economic benefits too.

So, today we have in the spotlight the much anticipated AMD Radeon RX 5700 Series which introduces a plethora of new and exciting standards and tech. We have the new Navi GPU, RDNA architecture, PCIe 4.0 and more.

From the pricing above its apparent that were not dealing with the competing graphics cards at the ultra-high end but do AMD now have what it takes to dethrone NVIDIA in the mid-high tier? 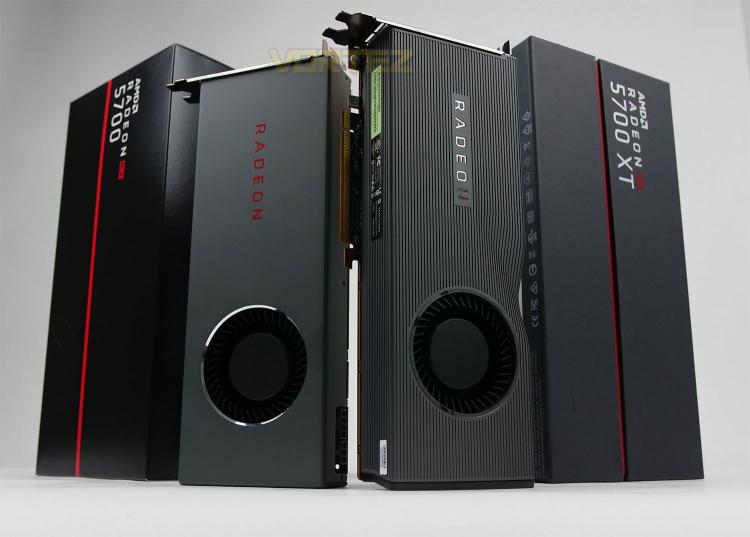 AMD on their Radeon RX 5700 Series
The all new Radeon RX 5700 Series graphics cards are powered by the RDNA architecture, designed from the ground up for superior performance and power efficiency using AMDs advanced 7nm process technology. Radeon RX 5700 Series GPUs feature redesigned Compute Units delivering incredible performance and up to 1.25X higher performance-per-clock and up to 1.5X higher performance-per-watt, a new instructions better suited for visual effects such as volumetric lighting, blur effects, and depth of field, and multi-level cache hierarchy for greatly reduced latency and highly responsive gaming.