👤by David Mitchelson  Comments 📅07-07-19
Conclusion
So, where do we stand in this weeks GPU battle?

First of all, its great to see AMD back with a new approach to their GPU game. In the RX 5700 Series, theyve introduced brand new architecture to replace GCN, utilised PCIe 4.0, and theyve opted for GDDR6  what a great foundation for their next-gen graphics movement.

The most immediate question that needs answering is  have they done enough to assert themselves as a worthy rival in the high-end space? Looking across the different games we tested, its clear to see that performance can vary but the 5700 XT tends to go neck-and-neck with the RTX 2060 and at times the SUPER variant.

The RX 5700 Series has no problems in dealing with 1440p with the detail settings maxed out, but these cards perform exceptionally well in 1080p, so if the latter is your intended resolution and youd like to tap into higher framerate performance then you wont be disappointed with either card. 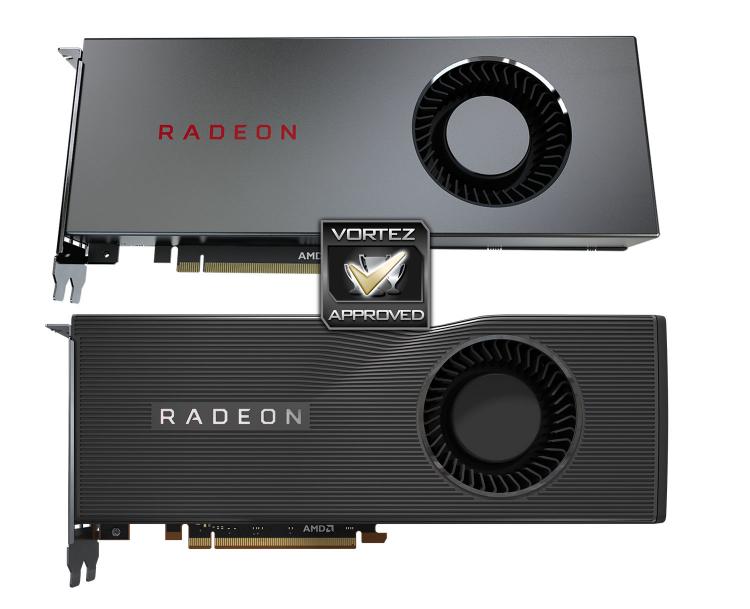 Launching along-side the Radeon RX 5700 Series today is the Ryzen 3rd Gen. CPUs. The Ryzen 3000 and X570 chipset is the first platform to introduce PCIe 4.0 and so, both products work hand in hand. This is bound to solidify both launches today and giving the tech giant current exclusivity on the new standard.

Both the RX 5700 and 5700 XT incorporate a vapor chamber design (similar to that of NVIDIAs GTX 10 Series FE). This cooler nails it on visuals but falls by the wayside when noise/thermals come into the equation. We saw the thermals reach around 80C under load and the noise, while not deafening is noticeably louder than other graphics cards. With custom partner cards on the horizon itll be intriguing to see whether aftermarket designs can improve on the noise and temperatures weve encountered and along with that  factory overclocked versions of RX 5700 will definitely make this series even more appealing than it already is.

The Radeon RX 5700 Series is a statement by AMD that they should be taken seriously for the mid-high tier. The new tech, features and performance show an advancement and the pricing is reasonable.

Cons
- No real-time ray tracing capabilities
- Coolers are audible during full load
Click here for an explanation of our awards at Vortez.net.

There are currently 873 user(s) online:
Google