Youd be hard pressed to find a more packed month for AMD than November 2020. Not only have we seen the debut of their Ryzen 5000-series CPUs - complete with performance that finally dominates the desktop PC market - today brings availability of the long-awaited Big Navi Radeon RX 6800-series. And if anything their challenge in this arena is even more stern than that so recently overcome by their Zen 3 architecture; sitting atop a mountainous position in the market like a dragon on its hoard is arch-rivals NVIDIA, wielding the GeForce RTX 3000-series.

In July 2019 the first generation of AMD's RDNA architecture launched as the RX 5700-series. Comprising a chip family codenamed Navi, it entered at a newly formed <$450 mid-range to compete with the RTX 2060 and 2070 on price and rasterisation performance. They acquitted themselves well, more than holding their own, but left NVIDIA to their own devices at the extreme performance end of the spectrum. And, of course, let them corner the market in the first round of hardware accelerated ray traced gaming components.

Somewhat fortunately for AMD the vast swathe of games with native ray tracing support failed to materialise in the intervening years, despite the adoption of Microsofts DirectX Ray Tracing API and DirectX 12 Ultimate. A new generation of consoles will stimulate development however, and AMD needs to be ready on the PC.

RNDA 2-based GPUs were unveiled in October and formally announced on October 28th, with the architecture launching not only in RX 6800-series desktop GPUs (affectionately dubbed 'Big Navi'), but also both the Xbox Series X and Playstation 5. Wider use of the architecture may spur greater optimisation for AMDs silicon on PC as well as console, but thats to be determined. Timing might be critical, but did AMD get in under the wire?

The headline for this launch is therefore two-fold: AMD Radeon Returns to the High End and Ray Tracing Arrives on Radeon. That latter part is important; through their RDNA 2 architecture ray tracing will be arriving on Xbox Series X and PS5 simultaneous with AMD-powered PCs. 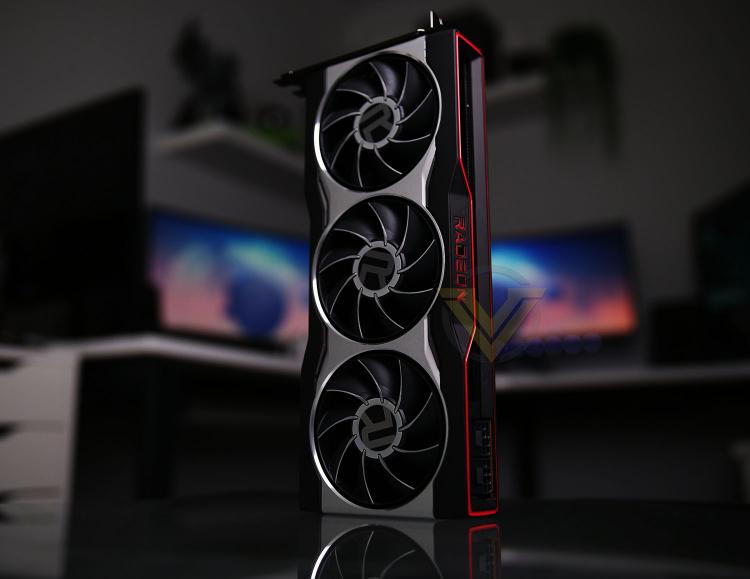 Todays launch encompasses the Radeon RX 6800 and RX 6800 XT, while the flagship $999 RX 6900 XT will follow in early December. They form a trifecta of cards situated in the still-emerging gaming enthusiast-to-prosumer high-end market above an MSRP of $500. The RX 6800-series cards take on the GeForce RTX 3070 and 3080 series cards respectively, although at slightly different price points, and may finally see the red team compete on raw performance.

In this review were putting the Radeon RX 6800 through its paces. The card is billed as AMDs entry-point into 4K gaming, but may also find a sweet-spot in high frame rate gaming at 1440p (leveraging FreeSync, naturally) where its ray tracing capabilities might be better suited. Its also the only member of the 6000-series announced thus far to sit within a 250W TDP envelope (albeit at the limits of that), making it a more feasible slot in upgrade rather than one that would also require a higher rated power supply and/or augmented case cooling.

At $549 it has an MSRP $50 higher than the RTX 3070, but finding any 30-series card has proved difficult since they launched. Initial in-house benchmarks showed the RX 6800 exceeding the RTX 2080 Ti, a card that the RTX 3070 trades blows with, so early indications are good. Should performance be up to the task and retail availability widespread then AMD are well placed to capture significant sales and market share. 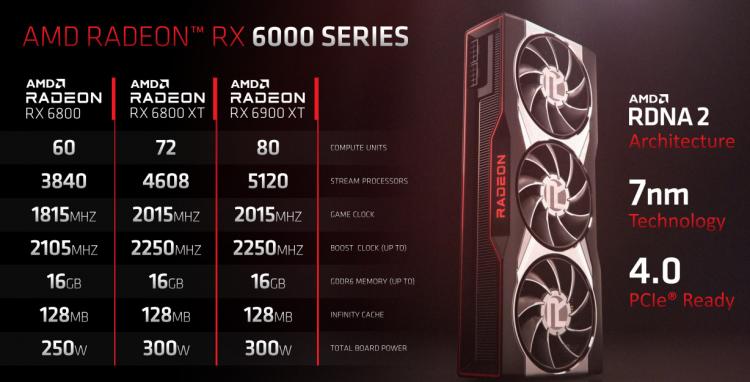