👤by Tony Le Bourne  Comments 📅20-02-18
Conclusion
One of the biggest upsets of the initial Ryzen 3 CPUs was the lack of integrated GPU. AMD have now come back, and potentially destroyed the need for a discrete graphics card for a large demographic due to the console-level power packed into the R3 2200G and R5 2400G APUs. For many, this will mean that they have a capable all-round home computer solution. This is certainly revealed by the competitive figures given in the PCMARK benchmark results.

Gamers specifically will appreciate the genuine upgrade path of the AM4 platform, along with the competitive CPU performance alongside a discrete graphics card, moving the integrated Vegas GPU into that safety-net that many have come to cherish (especially those that have experienced issues with their discrete graphics card). 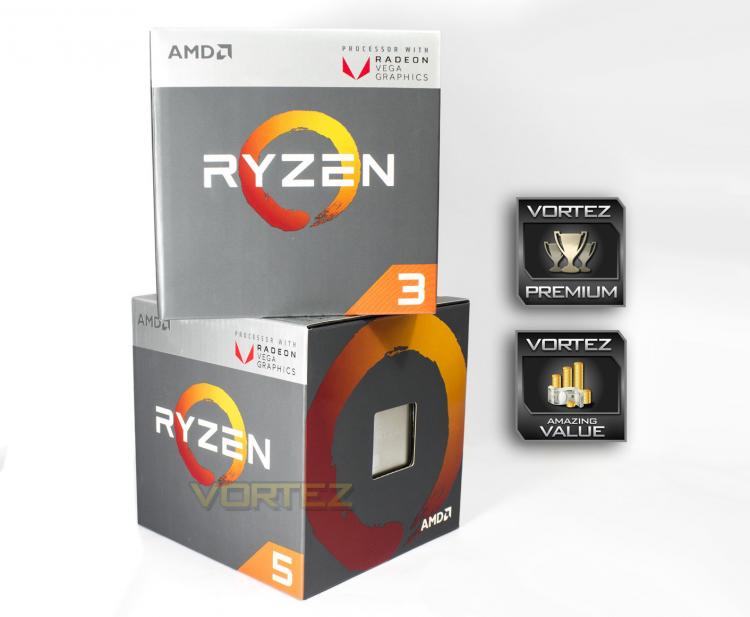 It isn't all smooth sailing however, much like the launch of Ryzen (Summit Bridge), Raven Bridge has its own host of teething issues that people should be weary of. Several applications would simply refuse to work with the R3 2200G, causing freezes, BSOD and other lock-ups.

We can easily say that the 2400G should be able to comfortably run the majority of current games at reasonable settings at 1280x720 (much like the consoles). However, in every game we tested with the 2400G in particular, we experienced a strange issue where there were dramatic frame rate drops in intervals of around 20s. EG, in DOTA2, we experienced a short period of stable frames of around 51-56FPS (best preset, 1920x1080) then it would drop to around 17FPS, returning to normal after 3s or so. This is not exactly playable, and strangely, the 2200G didn't suffer from this problem (so maybe its tied to SMT?). So, it is clear that there are some early BIOS/Driver issues that very much need to be ironed out, and early adopters may be stung by some of these issues.

Despite these things, it is very much worth looking at the bigger picture. AMD are offering exceptional value. Coming cheaper than their predecessors, the Ryzen 3 1200, and the Ryzen 5 1400, and you are now getting a massive iGPU strapped on. Sure, AMD haven't quite hit the same level of IPC as Intel, but it is worth noting that these APUs can be found for £89, and £146 respectively, and are scratching at the heels of the i7 7700K, something that is still selling for around £270+. Once AMD are able to smooth out the drivers, it is clear to see that we are seeing the next-level benchmark in mainstream computing.

AMD have once again crushed the entry level GPU market with the Raven Bridge APUs. The 2200G/2400G make a compelling case for a stand-alone PC solution that also has a genuine upgrade path on an established platform.