AMD surprised the industry last year with their long-awaited Zen platform. The Ryzen 7 1800X finally took the fight to Intel in the high-end sector, trading blows with the 7700K. The release from AMD sparked Intels first major core-count change for around 10 years, truly putting the cat amongst the pigeons. The old AMD that everyone knew and loved were back, and back with a vengeance it seemed.

The new Zen+, codenamed Pinnacle Ridge, utilises the new 12nm process from GLOBALFOUNDRIES offering slightly better transistor density and performance but its nothing revolutionary. Architectural differences arent huge over the previous Zen, but we do see focus placed on improving latency and memory speeds  these differences should translate directly into overall system improvements due to Zens reliance on AMDs Infinity Fabric (The internal communication system used within the CPU die).

Zen+ also arrives with a revised and improved Precision Boost 2 and XFR2, helping the Zen+ range of CPUs attain, and maintain, a higher clock frequency for a longer period.

Thanks to AMDs forward thinking, the AM4 platform is continued, however some features with the Ryzen 2nd Gen CPUs will only be available on the 4xx series of motherboards.

Not only are there die changes, theres also the inclusion of a cooler with every 2000-series CPU. The 2700X, for instance, arrives with the Wraith Prism, an AM4 CPU cooler with RGB LED lighting. 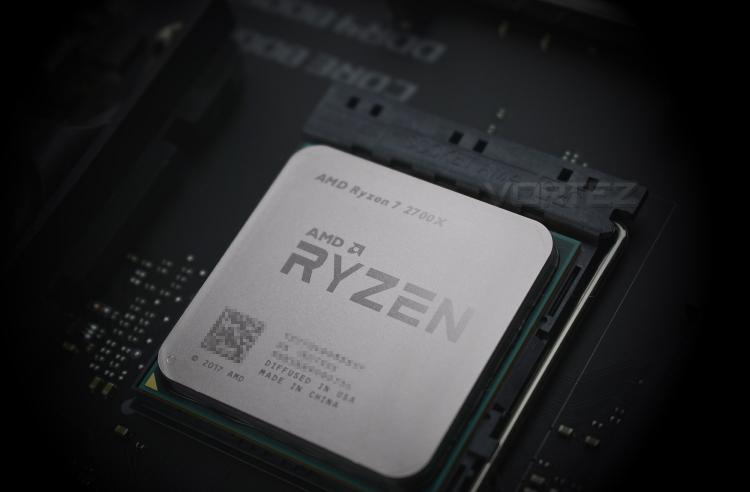 Today we look at the top-tier 2700X, the current best in the 2nd Gen range. Featuring a 3.7GHz base clock and 4.3GHz boost clock, along with 8 cores and 16 threads. AMD havent, at least at this moment in time, provided an analogue to the 1800 and 1800X CPUs, instead listing the 2700X as their enthusiast chip.

After reviewing the 1800X, we hoped to see further developments from AMD, pushing the boat out a bit further and bringing even more competitive products to the market. Well see how theyve adapted the Zen architecture to improve performance. Can AMD further improve their market share and finally topple Intels dominance of the high-end industry?

AMD on the 2700X:
The 2nd Gen AMD Ryzen Processor (codename Pinnacle Ridge) is not merely and exciting evolution of the AMD Ryzen Family, but a fantastic new opportunity for PC enthusiasts to take home an impressively well-rounded platform. AMD has spent the past year listening to community feedback from Reddit, Twitter, customers, trade shows and websites like Vortez, to outfit our new processors with an awesome complement of user-first features. And when you add them all up, we believe we have the ultimate processor gamers, creators and enthusiasts.