Hot on the heels of the prosumer chip, the Ryzen 7 2700X, were back again with the AMD Ryzen 5 2600X, a 6 core, 12 thread chip with slightly-less-demanding customers in mind.

The launch of AMDs Ryzen 1st Gen chips went down a storm with the PC market last year, but outright clock speeds were somewhat lacking when compared to the blue corner. Thats where the Ryzen 5 2600X hopes to make up some ground, with a boost clock of 4.2GHz and base clocks of 3.6GHz.

The new Zen+, codenamed Pinnacle Ridge, utilises the new 12nm process from GLOBALFOUNDRIES offering slightly better transistor density and performance but its nothing revolutionary. Architectural differences arent huge over the previous Zen, but we do see focus placed on improving latency and memory speeds  these differences should translate directly into overall system improvements due to Zens reliance on AMDs Infinity Fabric (The internal communication system used within the CPU die). 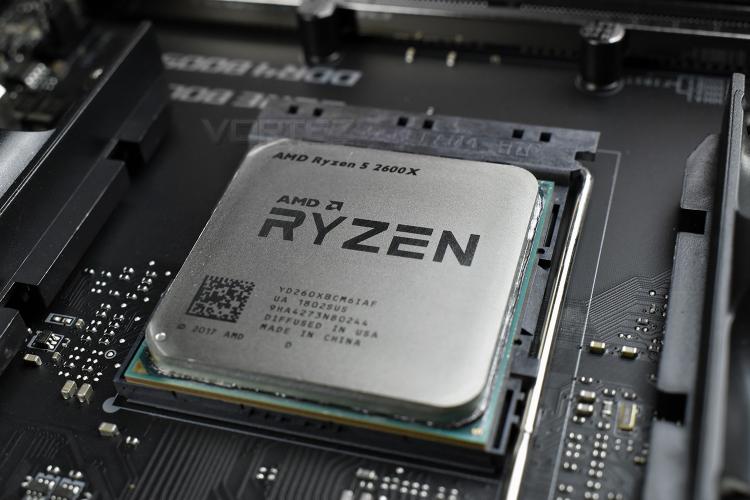 Last year, the 1600 and 1600X CPUs were a hot-pick for the budding gamer with casual streaming or content creation in mind, without spending mega-bucks on an 8-core model. The 2600X seems to promise that same level of value, while also providing huge clock speeds to help in single-threaded tasks.

We rated the Ryzen 5 series highly last year, will the 2600X manage to be the same bang-for-your-buck monster that the Ryzen 5 1st Gen CPUs were?

AMD on the 2600X:
The 2nd Gen AMD Ryzen Processor (codename Pinnacle Ridge) is not merely and exciting evolution of the AMD Ryzen Family, but a fantastic new opportunity for PC enthusiasts to take home an impressively well-rounded platform. AMD has spent the past year listening to community feedback from Reddit, Twitter, customers, trade shows and websites like Vortez, to outfit our new processors with an awesome complement of user-first features. And when you add them all up, we believe we have the ultimate processor gamers, creators and enthusiasts.