AMD have been enjoying their time in the limelight these past couple of weeks with the incredible success of their latest Zen 2 architecture, but can we all spare a little time for the other end of the market? AMD also launched the Ryzen 3 3200G and Ryzen 5 3400G APUs, the latter of which well examine today.

These two CPUs are the direct replacements for the Ryzen 3 2200G and Ryzen 5 2400G, as you mightve guessed, but they dont utilise the latest Zen 2 7nm architecture, instead remaining on the 12nm FinFET process from Zen+. This helps AMD keep the price down while manufacturing tweaks and optimisations help to increase base and boost frequencies.

The AMD Ryzen 5 3400G sports four CPU cores with SMT (Simultaneous multithreading) for a total of eight threads. Base CPU clocks sit at 3.7GHz with boost speeds up to 4.2GHz when conditions are optimal. 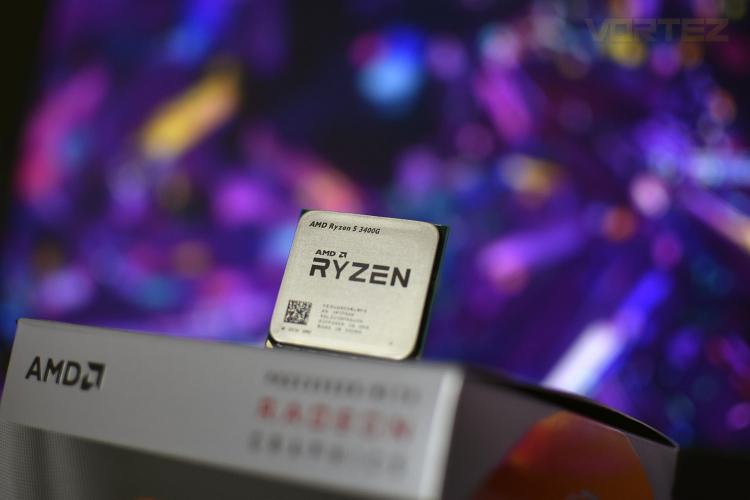 Alongside the CPU cores, theres a small GPU capable of basic gaming and GPU acceleration in specific programs. The same Vega 11 GPU, with 11 graphics cores, has been turbocharged from 1250MHz in the 2400G to 1400MHz in the 3400G.

AMD on Ryzen:
AMD Ryzen Processors with Radeon Vega Graphics are armed with some of the most advanced, powerful computing and graphics hardware available today, fused together in a single processor to deliver the high performance you need for demanding work and serious play, without compromise.