👤by Matthew Hodgson  Comments 📅28-07-19
Conclusion
Landing in stores for less than its predecessor helps the 3400G impress its value upon the market, offering console-levels of gaming performance, where 720p and 1080p are still common despite their 4K capability. That value is only bolstered by falling costs in several different sectors including RAM and SSDs. Investing into a Ryzen 5 3400G, B450 motherboard, 16GB of 3000MHz RAM and a 500GB SSD, providing you can find a cost-efficient case and power supply, you can get up and running with a capable gaming PC for around the cost of a PS4 Pro or Xbox One X (£400).

The Zen+ optimisations are clearly evident with the 3400G beating the 2400G in every test we threw at it, and convincingly so at that. When paired to our AMD Radeon RX480 GPU performance was comparable to CPUs such as the 8700K and even the 3800X/3900X, providing considerable evidence as to the ability to use the iGPU (Integrated Graphics Processing Unit) at first and then add a discrete GPU further down the line, when budget will allow.

Overclocking was super easy via the AMD Ryzen Master utility with only a basic understanding of what is what. We managed to overclock the CPU to 4225MHz across all four cores, higher than the single-core Boost frequency at stock, which helped to give a bump in almost all of our tests, furthering its impact upon some much more expensive CPUs.

This CPU is quite clearly aimed towards a budget-focussed individual; if said individual happens to have gaming in mind, a look on the second-hand market can find an abundance of discrete AMD GPUs being sold relatively cheaply, largely as a hangover of the crypto currency boom of 2018; pair a bargain RX 570 to an AMD Ryzen 3 1000 or 2000-series CPU and youll find your gaming performance is almost an order of magnitude better with little to no negative effects on productivity work. 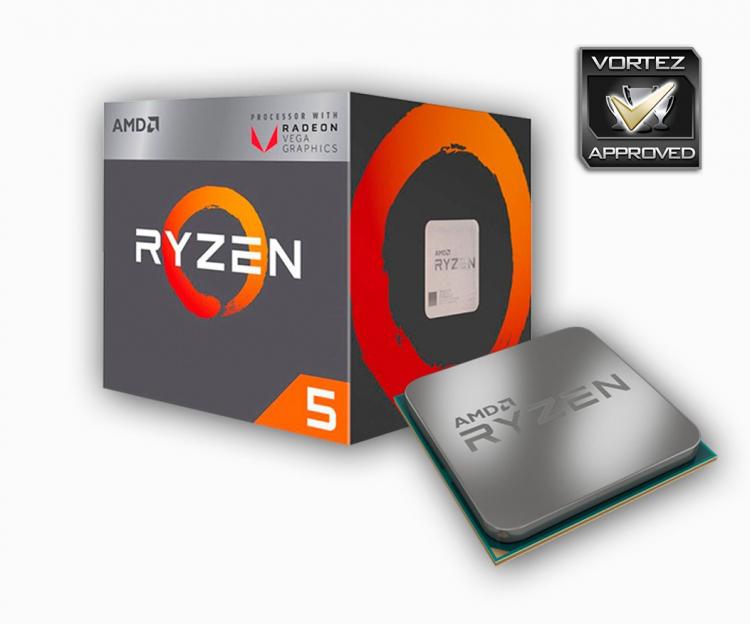 The AMD Ryzen 5 2400G made a lot of sense in the early months of 2018, during a GPU price crisis, but now that were past the silly pricing from both AMD and NVIDIA, not so much. Theres still a place in the market but its much more niche.