Its been a busy few weeks here at Vortez with the Ryzen 3000-series CPUs and AMD Radeon Navi graphics cards; weve looked at the 12-core and 8-core Ryzen CPUs based on the brand-new 7nm architecture but today were going to look at the 6-core part, arguably one of the most value-orientated offerings from AMD this time around.

The AMD Ryzen 5 3600X houses 6 CPU cores and 12 processing threads with a base clock of 3.8GHz and a boost frequency of up to 4.4GHz within optimal conditions, allowing the CPU to remain within a 95W TDP envelope which shouldnt stress your system cooling too much. Alongside that is 32MB of cache and a 4.0 PCI-E interface with double the bandwidth of the outgoing Gen. 3.0. 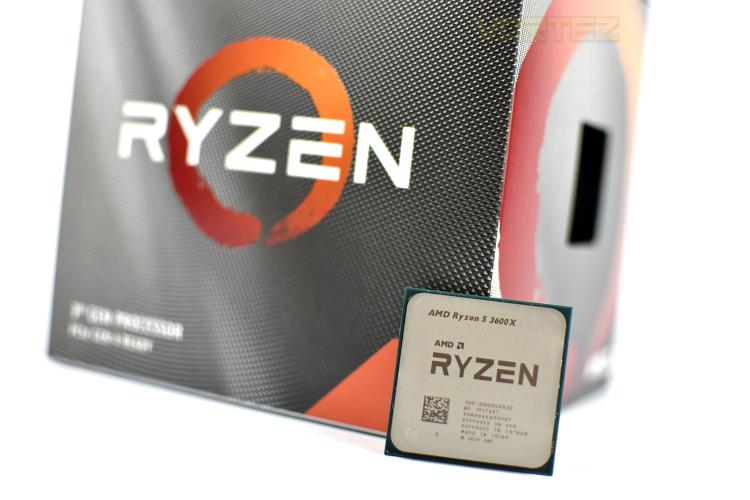 In case youre still new to the Zen 2 architecture, this time around AMD have gambled upon a chiplet design which is quite revolutionary within processor design. This steps away from a monolithic die where both the processing cores and I/O portion are made from a single piece of silicon. Instead, the processor package is made up of separate compute cores (CCDs) and the IO (cIOD) both of which are interlinked by the Infinity Fabric. The CCDs are produced on the latest 7nm lithography from TSMC, where a drop in transistor size improves performance markedly improves performance; conversely, the cIOD has remained on the 12nm FinFET process, helping to reduce overall costs while having almost no impact on the performance of the processor.

Perhaps the 3600Xs biggest competitor will sit directly alongside it, the AMD Ryzen 5 3600. The X moniker signifies that the CPU features higher base and boost clocks but the rest of the CPU remains exactly the same. The 3600 hits the shelves at roughly £189/$199 while the 3600X asks £40/$50 more than that. For the same money with the blue team, you could pick up an Intel Core i5-9600K, a 6-core part without HyperThreading and no support for the latest PCI-E 4.0 standard.

Lets mount the 3600X up and see how it copes with our testing and test the true value of the CPU.

There are currently 112 user(s) online:
Google