👤by David Mitchelson  Comments 📅05-11-20
Conclusion
Two very capable processors have been presented before us today in the AMD Ryzen 5 5600X and Ryzen 7 5800X. AMD has clearly amplified their Zen architecture, and as we hinted at earlier, this isnt merely a subtle iteration but rather a significant overhaul. Fundamental to the 5000-Series is higher IPC gains, improved efficiency, a boost in clock speeds and redesigned cache structure. Each play an important role in the success of today's unveiling.

The multi-core battle within the mainstream segment has been raging for a number of years now and, in releasing the Ryzen 5000-Series, AMD are giving no quarter. Regarded as perhaps the mid-range option, the Ryzen 5 5600X boasts 6 cores and 12 threads with clock speeds soaring up to 4.6GHz; thats no mean feat for a CPU in its class. The 5800X is likewise another mid-range part; not quite within the realms of the high-end yet it still boasts a whopping 8 cores and 16 threads with clock speeds reaching 4.7GHz. In the past, AMD has favoured multi-core finesse over clockspeed when compared to rival Intel parts, but they seem to be offering a better blend of the two in this latest generation.

Overall we found the performance on offer by both Ryzen 5000-Series processors to be a huge leap forwards in terms of real-world and synthetic gains. On the preceding pages you can see how well both chips do, with the Ryzen 7 5800X in particular pulling away from the competition where it matters most. 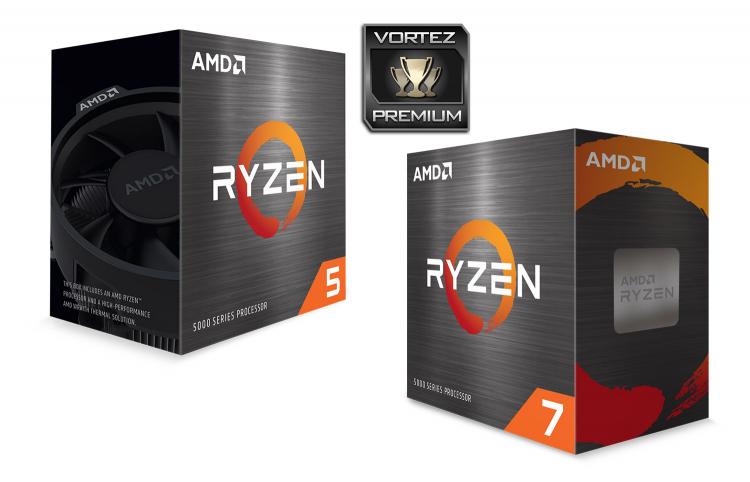 A milestone of 5GHz has been the gold standard of operating frequencies for countless generations, on both sides of the aisle. Intels 10th Gen CPUs now hover in this vicinity out-of-the-box with their boost clocks but AMD arent quite there yet. For a manual overclocking viewpoint we always try to push our review samples to see if 5GHz is attainable. Unfortunately both of our CPUs were only able to ascend to 4.8GHz; no amount of voltage increase would entice the boost to reach that glorious 5GHz.

Lining yourself up for a new AMD 5000-Series CPU will largely come down to the platform youre using. A primary benefit with this new set of processors is that were still using AM4 and the X570 chipset. If youre already comfortable with a Ryzen 3rd Gen model you may not feel the need to upgrade, however there are definitely benefits, as weve highlighted. The units weve tested today arrive at a cost of: 5600X: $299 USD | £275 GBP | $469 AUD and 5800X: $449 USD | £420 GBP | $700 AUD. AMD are asking slightly more this time round, but we feel they are offering more than Intel for the mainstream segment  PCIe 4.0 support is one such element which has its appeal.

AMDs Ryzen 5 5600X and Ryzen 7 5800X are both excellent processors which represent the progess AMD has made since the early days of Zen, back in 2017.

There are currently 598 user(s) online:
Google