AMDs Ryzen platform continues to be exceptionally open for overclocking no matter your combination of components if paired with a B or X-series motherboard. Each CPU is fully unlocked in terms of multiplier, memory clock, infinity clock and VID/Vcore, and the tools available through BIOS are typically limited only by their motherboard partners implementations. Only A520 boards lock down the processor to any real extent.

That being said, AMDs binning process tends to not leave much raw CPU performance on the table, so overclockers may find they reach the limits of the silicon earlier than Intels competing platform. Its in these cases where the breadth of tweaking tools available really shines, particularly by raising memory speed alongside the infinity fabric clocks. 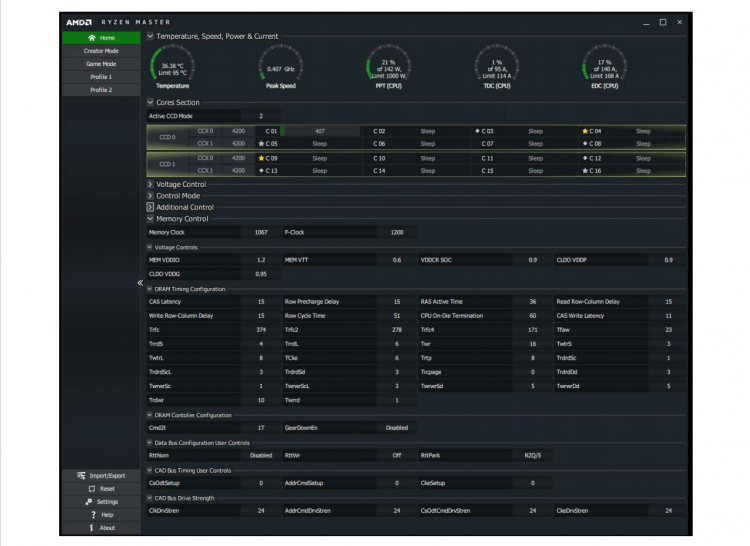 An overhauled version of the Ryzen Master utility now exposes a range of key configuration options from power states through to DRAM timing control that experienced users can take advantage of to tweak performance and stability. Cores are also grouped in a topological manner that relates to their physical location, making it just a touch easier to grok. Ryzen 5000-series CPUs support overclocking the entire package or on a per CCX/CCD basis, but do not support individual core overclocking.

The Ryzen 2000-series introduced Precision Boost 2, an algorithm through which the CPU can dynamically and opportunistically overclock from its base clock speed. Multiple sensor readings including voltages, temperatures and load are all taken into consideration in its assessment. PB2 was revised in the 3000-series, and relative to that baseline the newest boosting algorithm has been extended to reach even higher maximum operating frequencies at the same core count (as reflected in the processor specifications). 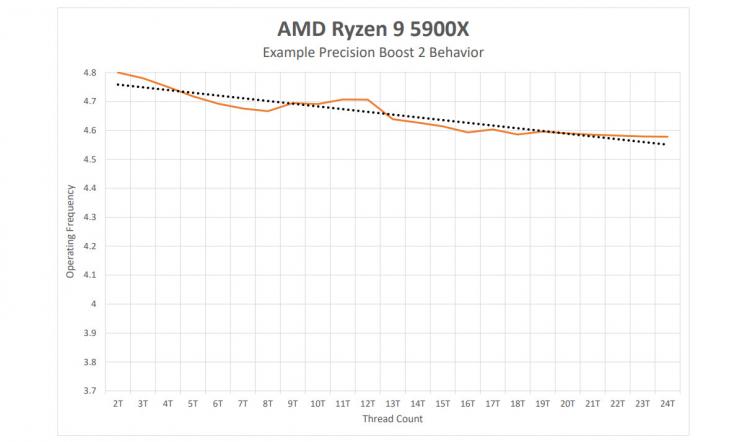 The highest operating frequencies are achieved when the CPU has workloads that are lightly threaded and only occupy a single core. More highly threaded workloads achieve a lower maximum PB2 overclock, but that clock speed is still well over the base clock.

For reference, typical core operating voltages have remained unchanged in the transition from Zen 2 to Zen 3, and will vary between 0.2 and 1.5V at stock under a range of typical loads. TjMax for the 65W 5600X is listed at 95C, whereas the 105W SKUs each have a reference TjMax of 90C. At stock AMD expect the processor to operate at up to this temperature (managed by on-board systems) when paired with entry-level cooling solutions, and up to around 80C utilising high-end AIO or dual-tower performance air cooling.

Operating alongside the automatic overclocking features is a new Performance and Energy Slider for Windows 10 desktop PCs. When installed the slider will adjust the threshold at which the Precision Boost 2 algorithm will hit a p0/high performance power state. A central position corresponds to typical Windows Balanced power plan behaviour, whereas the left-most position is less responsive to short-term high p-state requests. This functionality will be available with the AMD Chipset Driver 02.10.13.408 and is added as a Windows Provisional Package.

A combination of the 5000-series processors and 500-series motherboards continues the PCIe 4.0 support structure of the 3000-series. The processor range offers up to 24 PCIe 4.0 lanes that is apportioned according to the motherboard chipset and attached components.

PCIe 4.0 x16 graphics support is present on both X570 and B550 motherboards, potentially subdivided to dual x8 lanes for multi-GPU configurations. Four additional lanes are divvied up to SoC storage, either as a single 4-lane NVMe slot, two 2-lane NVMe slots or two SATA connectors. A520 does not take advantage of the processor's PCIe 4.0 capabilities.

The final four off-CPU lanes are reserved for the connection with the motherboard chipset. X570's chipset link is across four PCIe 4.0 lanes, whereas the B550 link utilises four lanes running at PCIe 3.0 speeds. As a consequence the X570 chipset can offer a further 16 PCIe 4.0 lanes specifically for more high performance storage options and PCIe peripherals, making it the platform of choice for content creators over a B550 solution.

One further advantage of X570 over B550 is a biasing towards 10Gbps USB (USB 3.2x2) over slower speeds. The X570 platform can be configured with up to eight USB 3.2x2 ports, whereas B550 is typically limited to two of these ports and two more USB 3.1 ports for 5Gbps connectivity.

The AM4 mounting specification hasn't changed for this new series of processors, so the processors are compatible with the huge range of AM4 CPU coolers currently on the market. Performance under dynamic overclocking conditions is likely to very according to the cooling solution used, so it will pay dividends to invest in a high performance design from a manufacturer that favours long-term support. 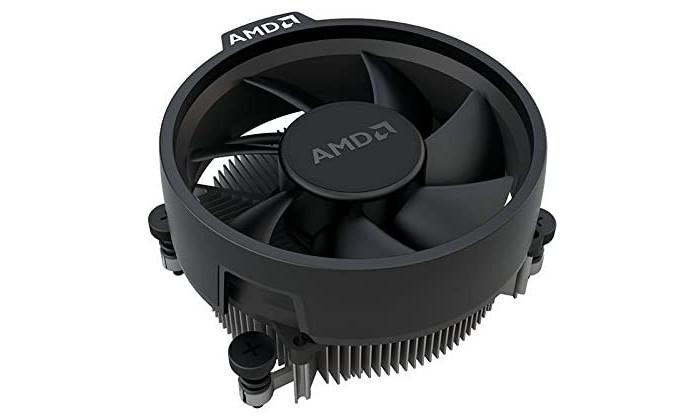 AMD will no longer be bundling their boxed coolers with the Ryzen 7 and 9 series processors, citing the realistic expectation that end-users would prefer to configure their own cooling solution. The 5600X will however include the AMD Wraith Stealth cooler when sold as a retail PIB, a model that will be sufficient for this 65W processor under stock settings.