👤by David Mitchelson  Comments 📅05-11-20
Temperatures & Overclocking
Below are the temperatures for each of the CPUs  without any overclock applied. Weve also compared to previously released AMD and Intel counterparts (which weve also benchmarked against on the subsequent pages too): 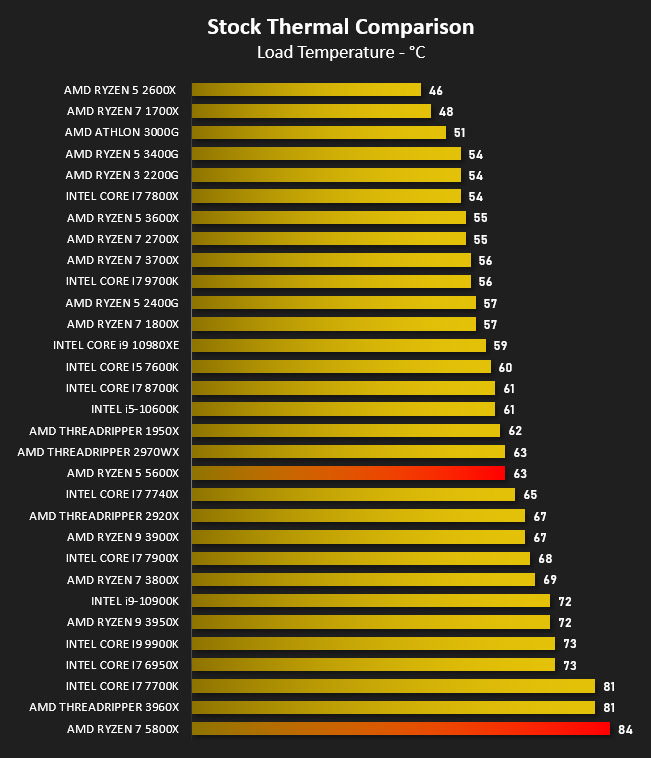 Moving to the overclocking phase of our review, the goal is to see how far each processor is able to shift, above its stock frequency. In the past, our milestone is to try and take the CPU clock speed over the 5GHz barrier but this isnt always possibe.

Oddly enough, both processors halted at the same clockspeed frequency, not shifting beyond 4.8GHz, regardless of any modification to the advance settings within the BIOS of our Crosshair VIII Hero. No amount of voltage would allow us to gain stability over that 4.8GHz mark.