In some of our tests we had run into some early constraints in regards to memory compatibility, this reflects a little in some of our results (specifically the memory based ones). Right now Ryzen Supports relatively slow DDR4 speeds, 1866-2667MHz, which to some is surprising when 3000MHz+ DDR4 is widely available. In the coming days you can expect manufacturers to release Ryzen specific memory, so ensure that you select the correct type of memory when choosing to purchase a Ryzen CPU. Pay specific attention to whether the memory is Dual/Single rank (Whether the memory is attached on one/both sides of the memory stick, as to what speed it is rated for.

That being said, overclocking with the Ryzen CPUs is a little different than other platforms. In our BIOS we aren't presented with any turbo core controls or the ability to adjust the baseclock. Instead, the only way we can adjust the frequencies are with the given ratios for CPU and memory, and thanks to 'Pure Boost' (AMDs core boost to ~ 4GHz on the 1800X) this ratio is adjustable in 0.25x (25MHz) increments over a baseclock of 100. As the Ryzen 1800X features XFR+ (eXtended Frequency Range) technology too, at stock settings, it will automatically boost one of the cores ever higher than 'Pure Boost' when the CPU senses it has the additional thermal headroom, and it is a feature that scales with better cooling. This is just a few of the new Smart Technologies contained within the Ryzen architecture.

At stock settings, fully loading the CPU core with Aida64 stability test resulted in the CPU hitting 75°C, which is rather toasty but well within specification. This isn't a direct comparison of thermal performances, but merely a guideline. 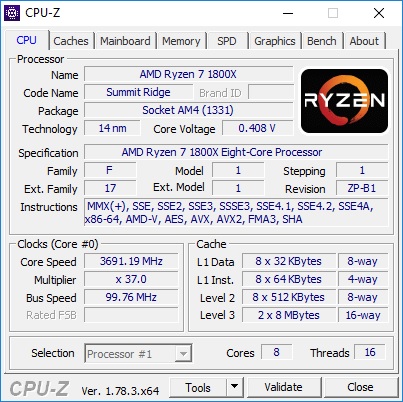 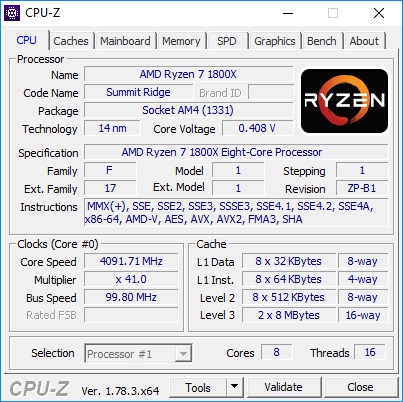 With Pure Boost/XFR+
This also means that, CPU overclocking is fairly easy. All Ryzen CPUs are unlocked and are said to be able to reach 4.1-4.2GHz on decent cooling. With the Noctua NH U12S we were supplied with, we managed to easily get all the cores to 4GHz completely solid, though after some burn time and with the CPU hitting 86°C, we felt that pushing it with this cooler isn't a great idea. At 4GHz, there is a decent boost in performance to be had. 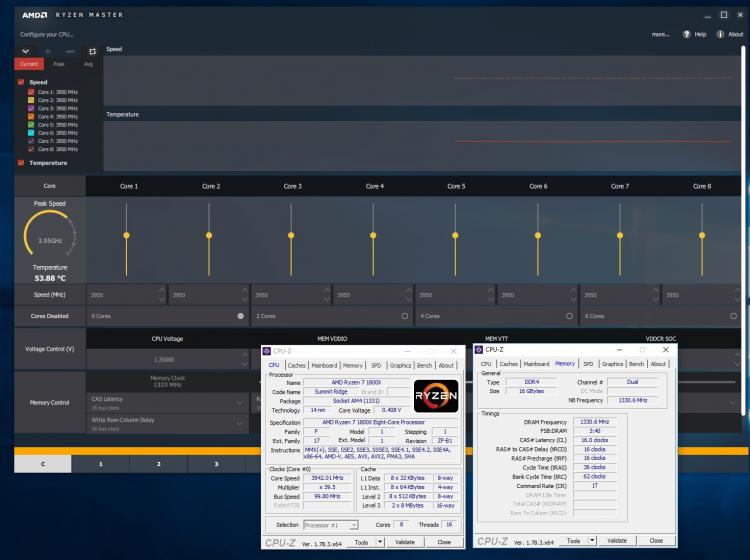 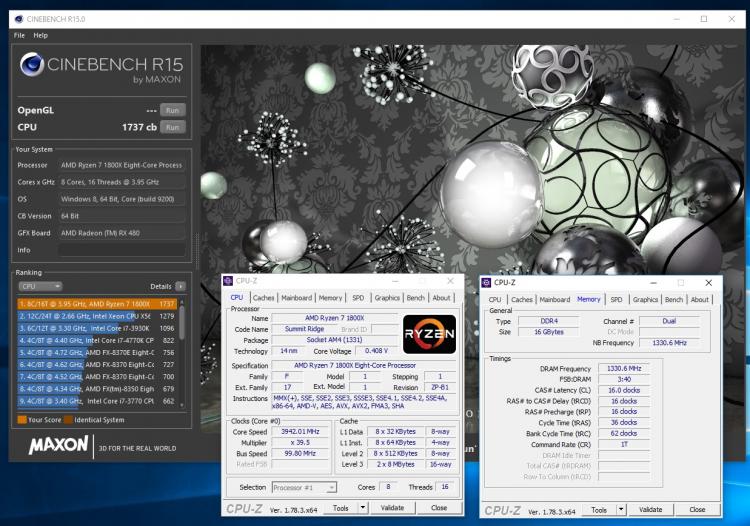