2017 saw a processor launch that really threw the cat amongst the pigeons. The Ryzen CPUs were here and they wanted a word with Intel. Now, two years on, weve already had a range refresh that boosted clockspeeds with a small process shrink with a spattering of optimisations but now we receive a total re-think of the architecture and how things will move forwards. This is the Zen 2 launch, which well be looking at today in the form of the Ryzen 7 3700X. Things have been polished considerably, on paper at least.

The eye-catching performance figures of the flagship models on launch day may well be tempting but the more performance-orientated amongst us have traditionally looked further down the pecking order for better value, or bang for your buck as it has been known. Thats where the likes of the Ryzen 7 3700X will find itself, at least in theory.

The 3700X finds itself just below the 3800X, the top-tier 8-core, 16-thread model, though that position definitely isnt a bad thing. Chiefly amongst the positives is the 65W TDP, enabling users to run more conservative cooling solutions or achieve lower dB ratings for a given performance level. The 3700X rocks a 4.4GHz max boost clock and manages to maintain 3.6GHz across all 8-cores as a worst-case scenario. 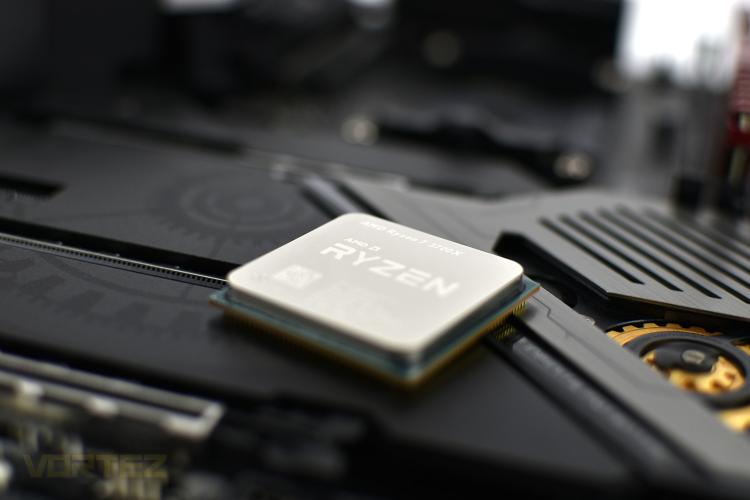 If youve read this far, you may be sat there thinking this sounds very similar to the 1700X and 2700X; while it does share the same naming scheme, the internal construction has changed vastly. AMD have moved away from a monolithic design and swapped over to a chiplet architecture, this allows AMD to manufacture the CCDs on the new 7nm process, where performance scales well, and the cIODs on the older, well-established 12nm process where systems like the memory controller and PCI-E interface wont benefit much, if at all, from a shrink in die size.

The Ryzen 7 3700X is shoe-horned into the same AM4 package as subsequent generations of Ryzen CPU and will be compatible with all AM4 motherboards, though with some features disabled; perhaps the most important of which is the PCI-E 4.0 support.

We cover the Zen 2 architecture in-depth on the subsequent pages, so without further ado, lets bring you the AMD Ryzen 7 3700X.