👤by Matthew Hodgson  Comments 📅07-07-19
Conclusion
A relative weakpoint of the Ryzen series so far as been memory performance. Latency and bandwidth has always lagged behind its Intel counterparts, however, in the latest series AMD seems to have come on leaps and bounds, reducing its memory latency to less than half of that in the 1800X. This decrease has been achieved through AMD criticising their own shortcomings and implementing a totally different CPU design to incorporate additional L2 and L3 cache. This means the CPU has to ask the memory for data less often, instead storing it on-chip where it can be accessed at order-of-magnitude faster speeds. AMDs bet on the chiplet design seems to have paid off massively if only looking at it from this single viewpoint.

Comparing the 3700X to the 2700X, they both feature roughly similar base and boost speeds, and are both 8-core parts; ignoring all other differences, youd expect performance to be similar. Within the Cinebench results, for example, we see an increase of 225, representing a not at all shabby IPC improvement showing that AMD have edged closer to the IPC performance of their rivals over at Intel.

As we also found on the AMD Ryzen 9 3900X, idle power usage appears to be a lot higher than anticipated, the new 7nm process should, in theory, drop power draw at both idle and load, however, its difficult to isolate the CPUs usage from the platform as a whole and it may well be the X570s power usage that is the culprit here. Having said that, when fully loaded, the 3700X beats the 1800X and 2700X considerably while drawing much less energy from the wall, going to show just how well the 7nm cores can perform.

Enthusiasts within the gaming scene will be eager to get their hands on this chip, with a definite shift within game engines to support more cores instead of relying on outright frequencies. The adoption of PCI-E 4.0 will also allow GPU manufacturers to stretch their legs and NVMe SSDs will see a considerable speed increase, all of which will help with gaming as a whole.

Temperatures, largely thanks to the 65W TDP of the chip, were easily kept well under control. We didnt see anything over 56°C in our tests; even when overclocking the processor, extracting a very decent 4375MHz from the 16 threads, temperatures only rose to 70°C.

CPU releases had seemed to stagnate in recent years, with only small leaps each year, appearing as more of a money-grabbing exercise than anything meaningful, but thanks to a resurgence from AMD, competition is fierce and jumps are getting bigger. The 3700X, without a doubt, will give Intel something to ponder over, possibly forcing price drops from the blue team. Zen 2 is everything it promised to be. 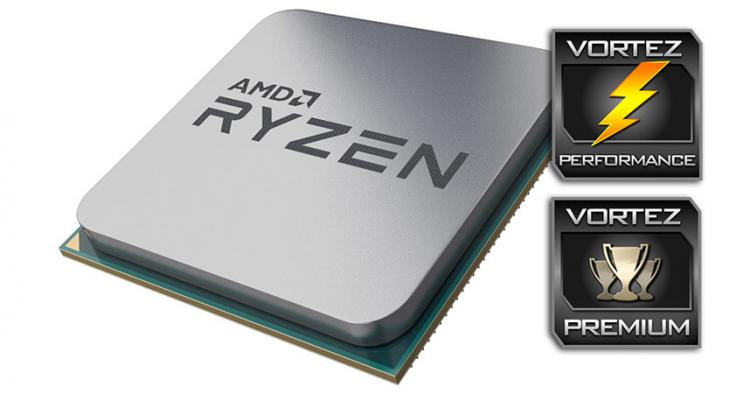 At around £300/$300, the 3700X represents very good value to the enthusiasts and gamers amongst us. If Intel werent worried already, they definitely will be now.