Since the launch of the 1st Gen. Ryzen CPUs in 2017, the war between AMD and Intel has seen a resurgence; AMD have gone from strength to strength, optimising their Zen architecture across multiple process nodes, starting out at 14nm, shrinking to 12nm, and today, we bring you their latest 3rd Gen. CPUs on the 7nm process. Intel, on the other hand, have squeezed every last inch of power out of the 14nm lithography while they struggle to shrink their transistors.

The 3rd Gen. Ryzen processors, dubbed Zen 2, are constructed very differently from their previous counterparts, utilising something called a chiplet design instead of the traditional monolithic method of everything being on a single substrate. The difference here is that the compute cores (CCDs) and IO (cIOD) of the CPU are separate from each other. This is advantageous for a number of reasons, chief amongst which are the, ability to use a 12nm structure for the IO, where a process shrink wouldnt increase performance, as well as freeing up space on each CCD for additional cache, which as it happens, has been doubled in size over the previous generation.

We go much further in-depth in the following pages but will keep our introduction brief, youve waited long enough to see how the new 3rd Gen Ryzen CPUs perform so we wont keep you much longer.

In this review were going to take an in-depth look into the brand new AMD Ryzen 9 3900X, an all-new tier of Ryzen processors designed for the top end of enthusiasts that seek the fastest possible consumer desktop processors without entering the HEDT space. The 3900X sports a whopping 12 cores and 24 threads with a base clock of 3.8GHz and a boost clock of up to 4.6GHz, all inside of a 105W thermal envelope. 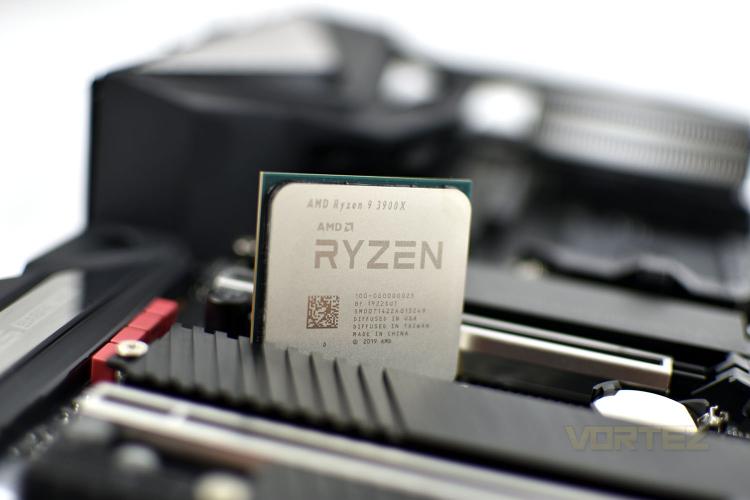 We also see introduced for the first time in a mainstream platform the PCI Express 4.0 standard, offering double the bandwidth of 3.0 with full backwards compatibility. This will be put into effect on both NVMe SSDs and graphics cards. AMDs own Radeon 5700 and 5700XT cards, also released today, will be the first to make use of the additional bandwidth available.

If the line between mainstream and enthusiast/professional users wasnt blurred enough, this goes a long way to blurring them further, encroaching onto the toes of the low to mid specification Threadripper CPUs from last year. Of course, Threadripper comes with other technologies and quad channel memory to differentiate itself but it definitely begs the question as to where TR may go in 2019.