👤by Matthew Hodgson  Comments 📅07-07-19
Conclusion
So, were now 3 years into AMDs venture with Ryzen and we only become more impressed by what theyve achieved. The first year provided a solid foundation to work from, the second year improved upon that with better memory support and improved XFR (boost clocks) and now in the third year we see another massive step forwards, most important of which is the jump upwards from 8 cores.

What weve seen from our testing is nothing short of extraordinary, frankly. Focussing on specifics like POV-Ray, the 3900X beats the Threadripper 2920X (a 12 core, 24 thread part) by a significant margin in the multi-threaded test, while wiping the floor with the Core i9 9900K, and then goes on to put on an equally impressive show in the single thread, with its 4.6GHz core boost, almost equalling the 9900K with a 5.0GHz boost clock. This goes some way to show AMDs gains in IPC (instructions per clock) and how far theyve been able to push frequencies within the new 7nm process.

Secondly, gaming performance. This is somewhere that has been Intels forte for the last few years, almost their saving grace in a lot of ways, but AMD with their improved single-core speeds have, once again, closed the gap and piled on the pressure. During our gaming tests, we saw the processor maintain average boost speeds of between 4000 and 4075MHz across all 12 cores which no-doubt helped the CPU land some decent results in our gaming tests.

Then if we move onto something like raw horsepower from the CPU, this can be measured using a program such as Cinebench, this works by using the processing power of the CPU to render an image as quickly as possible, translating the time taken in a score. A score over 3000 was previously reserved for server-level CPUs or Threadrippers but the 3900X smashed in a score of 3122 and went on to exceed 3400 with an overclock applied to the CPU.

Comparing the Ryzen 9 3900X with the i9 9900K is tricky for one important reason, a Z390 chipset motherboard, on average, is cheaper than the current assortment of X570 motherboards. The additional price can be somewhat justified by the inclusion of PCI-E 4.0 but finding use-cases to utilise that additional speed will be few and far between for a little while. Having said that, future proofing is always nice. So for the time being, providing your budget can accommodate, you likely wont suffer too much for the bleeding edge of performance.

Memory performance, something which the Ryzen platform took a lot of flak for, is vastly improved this time around. Memory bandwidth is improved somewhat over the previous generation but memory latency has seen the biggest improvement. AMDs chiplet design has helped here, giving them a lot more scope to tweak and adjust their memory access in the IO as well as facilitating the addition of L2 and L3 cache to each of the CCDs. If we compare the 2700X to the 3900X, memory latency drops from 61ns to 36ns, not far off a 50% improvement. Theyre still some way off Intels performance in this sector but the gap has been closed considerably and performance improved as a result.

Overclocking used to offer vast improvements once upon a time but CPU manufacturers have, in the last few years, capitalised upon a CPUs ability to operate above its advertised speeds within specific scenarios. Improved sensors and understanding of operating windows have diminished the returns available but it doesnt stop people from trying. AMD set the bar relatively high to begin with, stating a minimum all-core speed of 3.8GHz, but we wanted more. We eventually found the CPU to be completely stable throughout our entire test suite at 4425MHz, improving performance in almost all tests.

With the new 7nm process, power efficiency gains were expected across the board, and they are definitely here in terms of performance per watt, but idle power draw is much higher than expected. Its possible that board partners are yet to fully tap into the sleep states of the CPU and power draw could drop further but, as things stand, while your CPU sits unused, it draws more power than almost anything else weve tested so far. 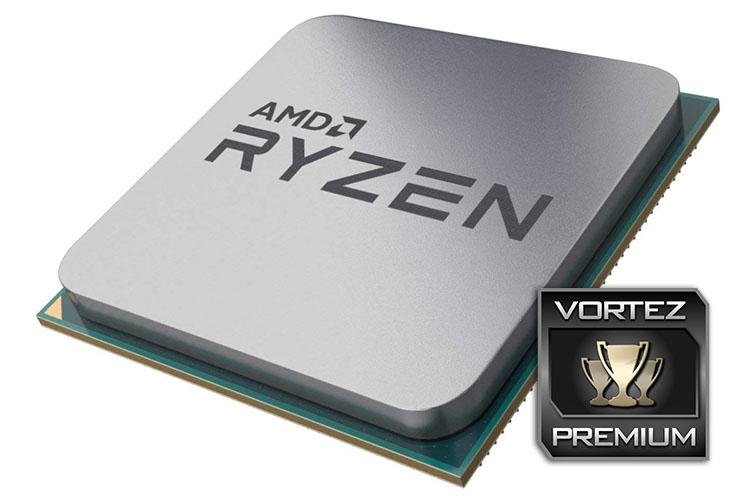 AMD have been bold here, betting on their chiplet design to offer improved performance and its paid off dividends. The current mainstream performance crown goes to the 3900X.

Cons
- Power hungry at low loads
- Gets hot when overclocked