👤by David Mitchelson  Comments 📅10-08-17
Conclusion
The last 6 months has been a clear warning to manufacturers that being complacent can be rather unwise. AMD has really ignited the desktop CPU market with the release of their Ryzen CPUs and it really goes without saying that for all those involved, never has there been such an exciting period of time for this industry.

With Ryzen, AMD has risen from the ashes as it were and Threadripper only serves to further fortify their campaign. There are obvious benefits to choosing the new 1950X with its 16 cores and 32 threads  those handling large, intensive workloads will be able to perform tasks more efficiently than they would with a processor featuring inferior attributes. Working hand-in-hand with this is the newly embraced quad-channel DDR4 which amplifies on memory bandwidth and throughput.

Up to now certain features have either been absent from AMDs platforms or theyve been severely limited. The Threadripper/X399 chipset combo serves up access to up to 66 PCI Express Gen 3.0 lanes and support for up to 16 USB 3.1 ports. There are however a few restrictions still present, no NVMe RAID support and just two of those USB 3.1 ports are Gen2.

An aspect that AMD has really monopolized on is the entire unboxing and installation procedure. With the retail packaging, customers are indulged by a completely new experience and something which is quite exciting. AMD includes a Torx tool that is required for installing the CPU and they also include a TR4 mounting bracket for use with NZXT/Corsair liquid coolers (Asetek) so you wont need to hunt around for upgrade kits from manufacturers for TR4 compatibility nor will you need to decommission an existing all-in-one cooler. 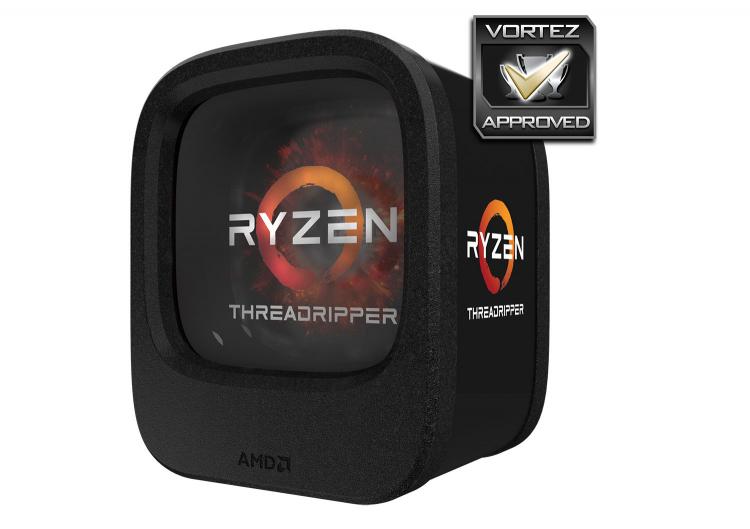 So far as performance is concerned, the 1950X offers great results in a range of different tests. When up against Intels current flagship Core i9-7900X, the victor is inconclusive. For some scenarios the 1950X offers more favourable performance, while in others the 7900X is the better choice. What we can say is that when the task is chiefly concerned with multi-threaded activity then 1950X excels and this is further enhanced by applying a conservative overclock. For the moment we were only able to hit 4.2GHz for our best overclock but with such a modification in place we saw significant improvements to overall results and scores in the tests we ran.

The most obvious dilemma for most enthusiasts is going to be the decision to go with Intel X299 and Skylake-X or AMD X399 and Threadripper. Consumers would automatically assume the latter would be the more affordable route but this sadly isnt the case with the first wave of X399 motherboards ranging from £329-500 GBP or $350-550 USD, combine that with the 1950X, which is priced at a jaw-dropping £980 GBP or $999 USD and youre likely to need rather deep pockets.

The behemoth Threadripper is finally here and is a great representation of why AMD should not be underestimated. The 1950X delivers superb performance for avid enthusiasts looking to bolster their creative workflow.