In 2017 AMD lit a fire under the High End Desktop Platform segment with the launch of Ryzen Threadripper. No longer did we top-out at 10 cores per CPU on a prosumer platform (the limit of Broadwell-E); suddenly as many as 16 were available, and very aggressively priced too by comparison. Not bad for a debut entrant.

This year AMD are totally upending the segment with the release of their 2nd Generation Threadripper platform. Motherboards remain largely unchanged, but the CPU itself as much as doubles the potential core count to thirty two. And thanks to AMDs Simultaneous Multithreading technology, thats support for up-to 64 independent threads.

Threadrippers refresh was precipitated by TSMCs phasing in of their 12nm manufacturing node. While still a derivative of the 14nm process rather than a fully-fledged node shrink (which well see with 7nm in 2019), the 12nm process improves power efficiency and allows for higher clock speeds. Ryzens refresh improved clock speeds by ~10%, and its the same ballpark for 2nd Gen Threadripper.

The first is AMDs Ryzen Threadripper 2920X, a 12-core, 24-thread model thats ostensibly similar to the 1st Gen. 1920X. Modifications to AMDs Precision Boost technology means that its headline (non-XFR) Turbo mode now reaches 4.3GHz from 4.0GHz and will maintain a higher clock speed across all cores for longer.

With the phasing out at an 8-core model from the Threadripper lineup there is now clear water between AMDs mainstream Ryzen desktop platform and Ryzen Threadripper. This also more clearly delineates the category of user AMD expect to invest in either platform: Ryzen is for mainstream users and gamers; whereas Threadripper is for enthusiasts, prosumers and professionals. 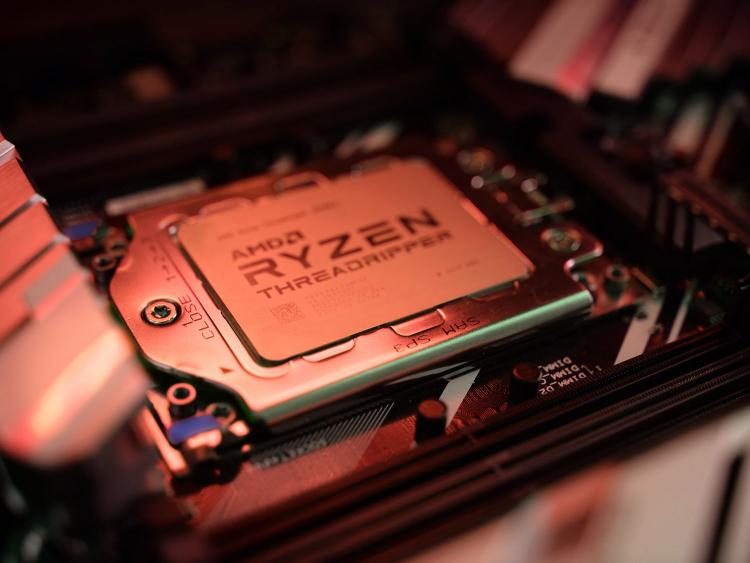 The second CPU is the Ryzen Threadripper 2970WX, but it has no real equivalent in the 1st generation lineup. Incorporating 24 cores and SMT for 48-threads, there is no directly comparable chip in the 1st Generation Threadripper lineup (which topped out at 16 cores). Indeed, it boasts a higher core count than even the Intel Skylake-X Core i9 flagship. In essence, it capitalises on the major strength of AMDs Zen architecture  i.e. core scaling  without compromising too far on core frequencies.

So, with Second Generation Threadrippers impressive credentials laid out, its time to take a closer look at those chips.

There are currently 649 user(s) online:
Google