Its been nothing short of an astonishing year for AMD. The early promise of their Zen 2 CPU architecture materialised into a cracking 3rd Generation Ryzen platform for mainstream consumers, and today that lineup has been finalised with the release of the Ryzen R9 3950X. But can Zen 2 blow away the High End Desktop market in the same way? Lets find out as we discuss the third generation of Ryzen Threadripper, a lineup that launches with two high-performance chips a cut above even the 3950X.

Third Generation Threadripper is based the Zen 2 architecture found in both EPYC ROME enterprise CPUs and desktop Ryzen chips. Its a significant departure from the Zen+ architecture of Threadripper 2000-series CPUs, and is manufactured in a chiplet fashion utilising 7nm lithography. This allows them to cram in even more active cores running at higher operating frequencies than equivalent Zen+ models, pushing the bounds of performance outwards yet again.

The latest Threadripper, like many HEDT designs, is based on the manufacturers top of the range workstation/server models, in this case EPYC Rome. Its not identical however; the requirements of these distinct markets dictate different priorities. It would nonetheless be misleading to call it a compromise; doing so would erroneously undermine a stable of products that are on-paper world breaters. 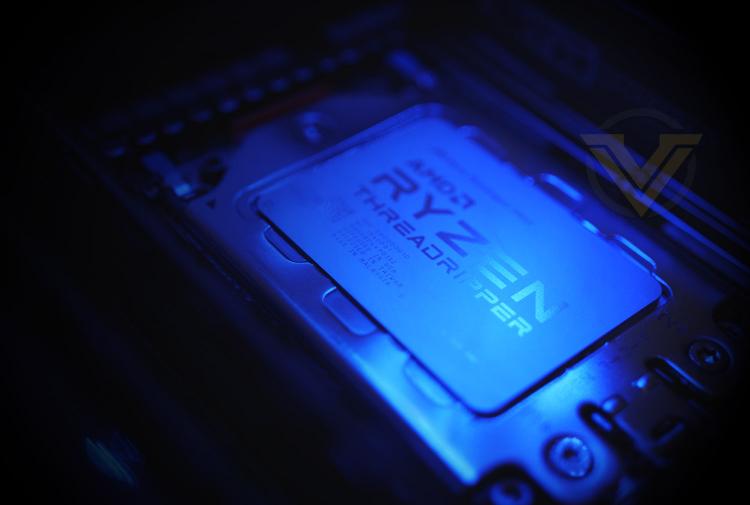 AMDs Threadripper 3000-series is debuting with two models: the entry-level Threadripper 3960X and launch flagship 3970X. The occupy a performance space above even the blisteringly fast mainstream flagship 3950X, offering up to 32-core and 64-threads clocked at 4.5GHz, a level not even the accomplished Threadripper 2000-series could reach.

Introduced alongside these raw performance improvements is an upgrade to the PCIe I/O, which now supports the PCIe 4.0 standard. Thats another arrow in its quiver that the competition cant presently match.

Unlike many instances in the past AMD are not undercutting on pricing. Starting at $1399 and reaching $1999, theyre priced to be enthusiast parts in every aspect; those who would typically opt for a <$1000 entry-level HEDT CPU are urged to look more closely at the 3950X.

Those seeking to close the affordability gap by opting for an aging X399 motherboard will be disappointed. Next-generation Threadripper and its motherboard chipset are not backwards compatible with the previous generation, unlike mainstream Ryzen/AM4, hence the launch of TRX40 motherboards alongside these CPUs.

The price, performance and capability differential from the 3950X necessitates products that will plug the gap, and for the time being that will be legacy Threadripper 2000-series CPUs. These highly recommended CPUs will come under fresh pressure from Intels Cascade Lake-X lineup, which significantly revises per-core pricing in light of AMD launch.

Superficially, the Treadripper 3000-series CPUs square up against Intels 10th Generation Cascade Lake-X HEDT CPUs. However Intels Cascade Lake-X platform has a marked ceiling of $1000 for the 18 cores/36 Thread Core i9-10980XE, putting it in a very different price category. Intels Cascade Lake -SP (Scalable Architecture) design offers up to 28 cores, but is a Xeon rather than consumer product and isnt as widely available as a classically HEDT platform.

In many respects AMD have an open track in front of them, all they need to do is prove clearly superior performance to justify their premium price. Thats certainly no mean feat, but they days of having to jockey for position in the segment against a dominant Intel offering equivalent products are behind them - at least until Intel catch up.