👤by David Mitchelson  Comments 📅25-11-19
Conclusion
Now in its third generation, the Ryzen Threadripper assignment has matured to take full grasp of the HEDT platform and its now Intel who seem to be playing catchup!

In some instances the performance results arent that dissimilar to the previous generation and certainly when single thread tests scenarios are in play 3960X blends in with lower spec counterparts. However, when multithread is under consideration there are significant advantages to be had. Tasks which demand an intense workflow tips the balance in favour of our new HEDT CPU.

Having 24-cores clearly offers little, to no advantage in the gaming arena  this CPU is designed for content creators rather than gaming advocates, the platform, with its specification and price-tag should be an obvious indicator of this.

Due to the physical size of the Threadripper CPU, a TR4 specific heatsink/cooler is necessary. The supply of such a thermal solution is still few and far between. Most all-in-one liquid coolers accommodate mainstream processors but there are some exceptions  be sure to factor this in with any new TRX40/Threadripper Gen.3 build. 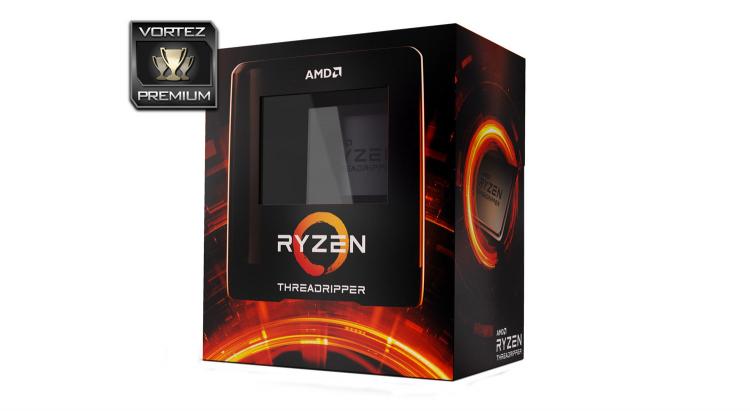 Another factor which should be taken into account is the power consumption, which is remarkably high compared to other models and platforms. A reputable power supply will be vital in supplying the system with good power delivery.

Ryzen Threadripper Gen. 3 will be ideal for true enthusiasts who are yet to experience the HEDT platform. It may also be relevant for users who have a system based around the first generation and require more horsepower for demanding workflows, core and thread count, along with decent clock speed with all play an important role in streamlining such tasks.

Unlike Intels 10th Gen launch today which use refreshed X299 boards, AMDs new processors require a new motherboard chipset which introduces new technology and standards such as PCIe 4.0 and USB 20G to name just a few. This will be music to the ears of content creators who will have innovative features at their finger-tips.

Cons
- TR4 specific coolers required
- Big on power consumption
- No longer a value option over Intels HEDT
Click here for an explanation of our awards at Vortez.net.