Antec have been in the business of producing computer cases, components and cooling products for over 25 years. In fact this year they have celebrated A Quarter Century of Quality and Innovation hence the Antec 25 branding on their website and all products released this year. Ive personally been a keen advocate of the brand over the years, showing a particular keenness for their Power Supply Units. But today I am here to share with you a new release from them within their Gaming Case Series.

It was back in 2008 that the notorious Twelve Hundred gaming case was first introduced to the market and since then (apart from the LanBoy Air) Antec have been furnishing their gaming sector of cases with lots of smaller variations such as the One Hundred, Two Hundred, Three Hundred and so on. The mid-high end hasnt been given that much attention, that is until today.

Today we will be taking a look at the new Eleven Hundred. A mid-tower gaming chassis with an understated visual appearance and oodles of space within, making way for XL-ATX motherboards and multi-GPU configurations. Can the Eleven Hundred capture the gamers attention in a market that is full of other successful alternatives? Lets find out. 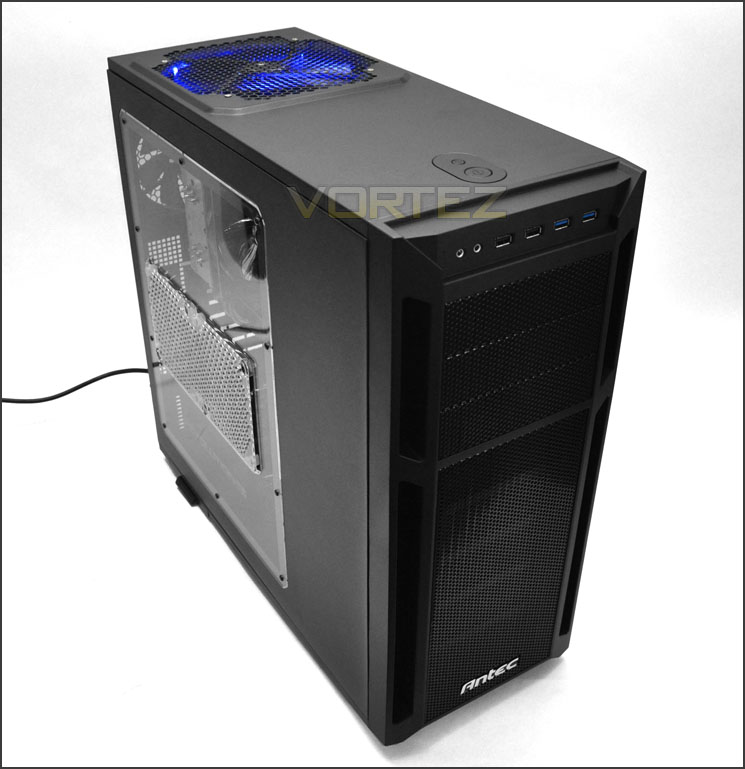 Antecs take on Eleven Hundred
The new flagship in Antec's Gaming series, the Eleven Hundred, brings ultimate gaming builds to life. The Eleven Hundred's nine expansion slots and space for an XL-ATX motherboard accommodate elite GPU configurations up to 3-way NVIDIA® SLI® / 4-way AMD CrossFireX. An included top 200 mm exhaust fan, rear 120 mm fan and up to seven more optional fans in strategic positions  including behind the motherboard tray  keep all your components comfortably firing on all cylinders. The Eleven Hundred also lets you organize a clean, powerful build with superior cable routing, including 36 mm of space behind the motherboard tray and grommet-lined cable routing holes.