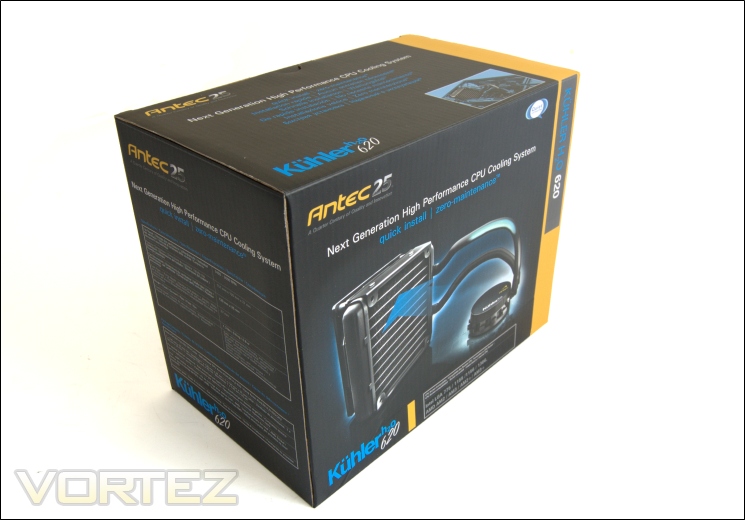 The packaging
The packaging employed by Antec follows on the same trend as that used with their KÜHLER H2O 920, with its black and yellow colour scheme. Initially the box comes wrapped in a plastic film for added protection. This helps the box retain a very clean look. Antec make the most of the box to display as much information as possible about the cooler including the specifications and features. 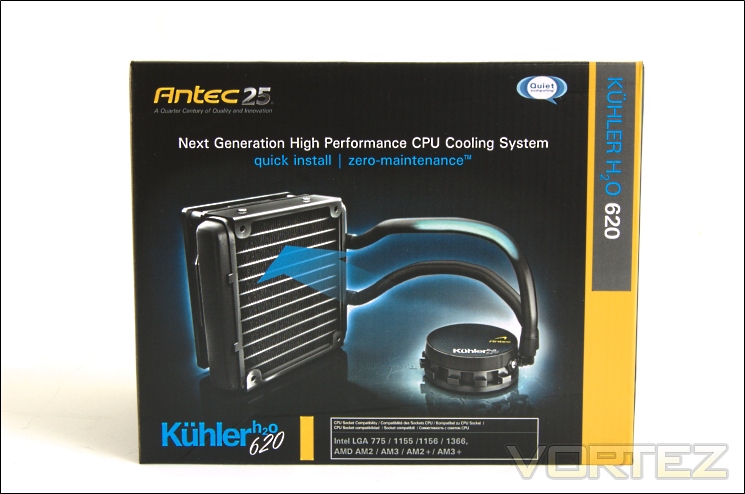 The front of the box
At the front, Antec illustrate the ALC unit so users know exactly what to expect, i.e. a single fan and 120mm radiator setup with cool air being pulled through. Antec also list some of the units key attributes over other water cooling units such as quick installation and zero-maintenance. Like most other coolers these days, the KÜHLER H2O 620 supports all current AMD and Intel sockets. The Antec 25 branding showcases the companys 25 years of experience in the business delivering quality and innovation. We certainly revere Antec as one of the most popular manufacturers out there so it remains to be seen if their expertise translates well into the KÜHLER H2O 620 as it did with the 920. 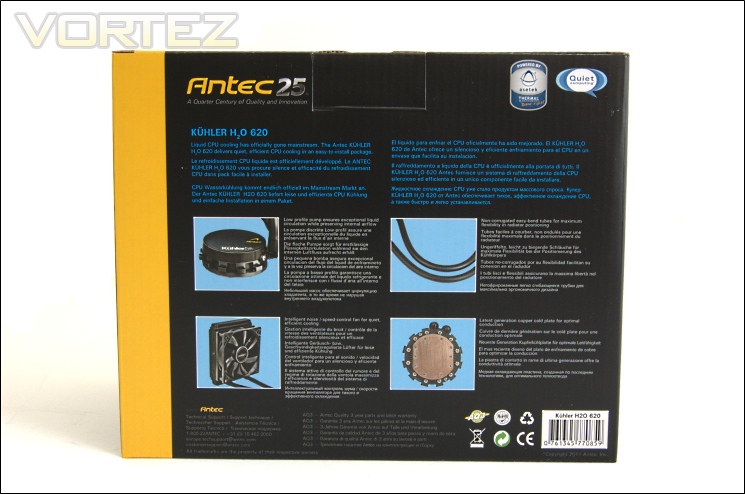 The back of the box
At the back, Antec describe some of the coolers features in more detail with illustrations depicting them. Antecs global appeal is reflected in the 5 other languages the features are described in. Again, this is very similar to the KÜHLER H2O 920s packaging. 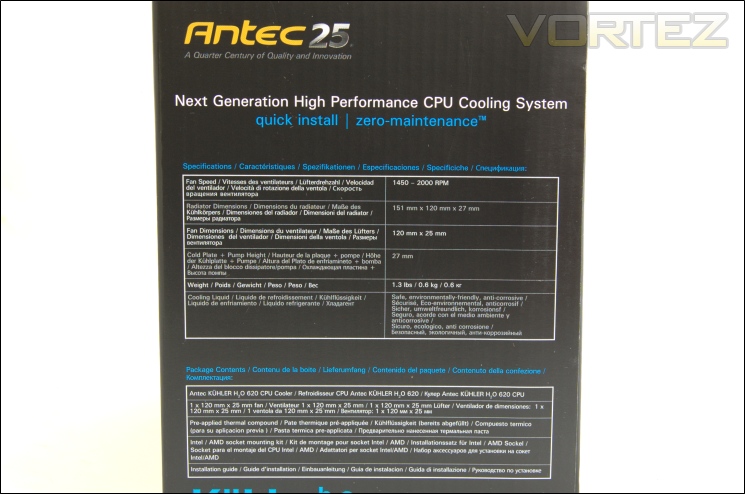 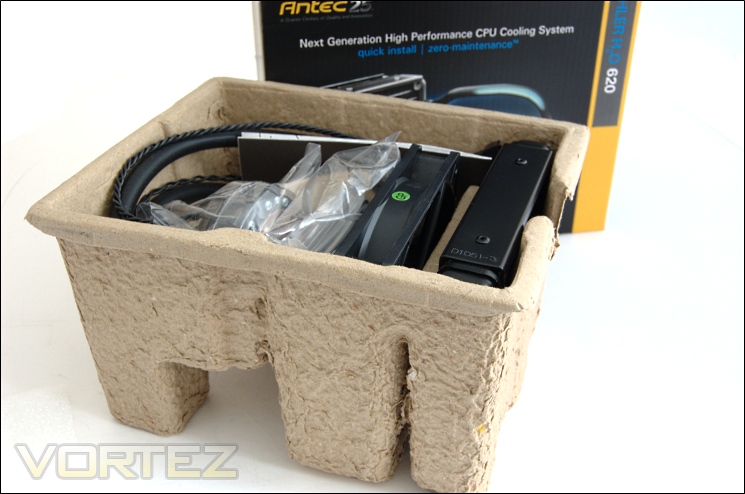 Inside of the box
The cooler comes packaged in what looks like an egg carton. The specially shaped cardboard does a good housing the cooler and protecting it so that the fins on the radiator are not bent out of shape. Compared to the CoolIT Eco and Corsair H50 packaging, Antecs is a clear step above. The fan and mounting kit also have their own compartment in the middle. 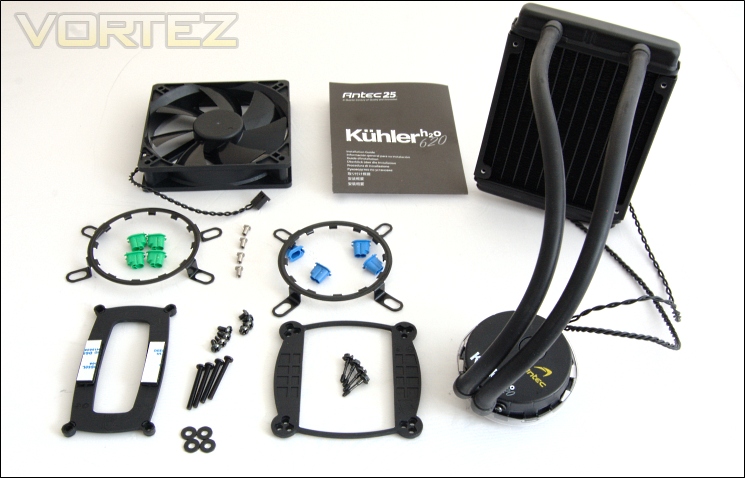 The bundle
Bundled in the packaging are the mounting kits and the cooler itself. Included are the:

The mounting kit is very comprehensive and exactly the same as Corsairs H50 and H70 units as well as Antecs own KÜHLER H2O 920 due to their Asetek origin. We will have a closer look at the installation later on.

There are currently 317 user(s) online:
Google