👤by David Mitchelson  Comments 📅13-01-10
ARCTIC NC
The ARCTIC NC comes encased in a clear surround, the packaging is actually on the thin side  there is nothing wrong with this as the cost of the ARCTIC NC can then be kept quite low. Rather than having to tear away the plastic surround, ARCTIC COOLING have opted for a neat open/close system using the plastic itself which works well - I hate having to get the scissors out and risk damaging the product inside!

The fitting pads may be required later on when the notebook test is performed as some notebooks may slip off the edge of the ARCTIC NC. 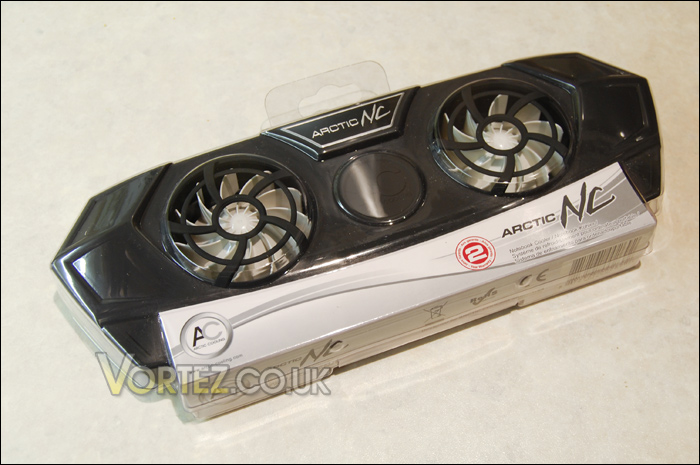 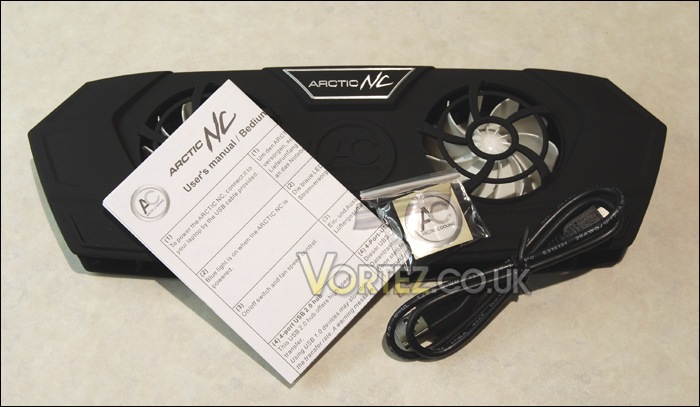 On first look, the ARCTIC NC is rather small for a notebook cooler, and you would be more than justified to query its cooling capabilities. It comes in two flavours, black or grey. Our sample is black. The ARCTIC NC features two 60mm PWM fans that allow speeds of 900-1700RPM.

The surface looks and feels smooth, but has a matte finish. Unfortunately this marks quite easily, it could do with some protection because the notebook actually sits on top of the lip. The thing that stands out about the ARCTIC NC is that it can host notebooks 12 to 19 notebooks, which is very versatile. Most coolers for notebooks only offer support for up to 15 or a smaller range of size. So its great that the ARCTIC NC is able to cater for such a wide range.

Another thing to be considered is the weight of this cooler, it weighs in at just 250g, thats half the weight of a tin of Baked Beans. Very lightweight indeed, its size and weight make it the ideal product for slipping into your notebook bag if you are on the move. 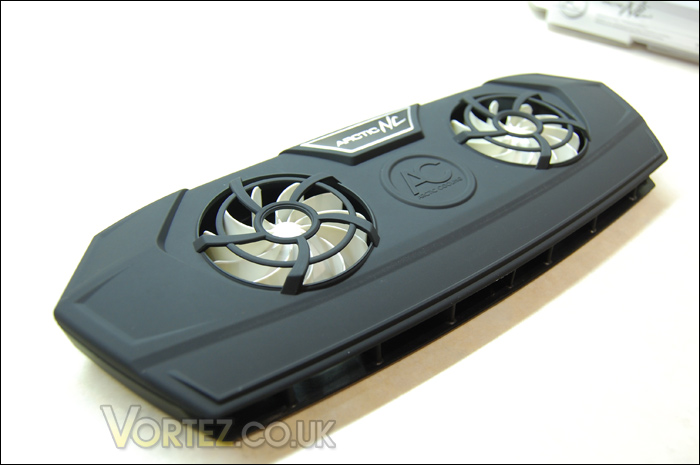 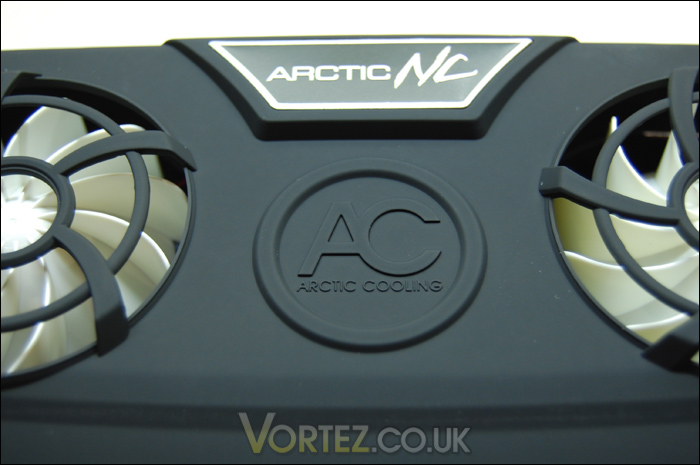 On the rear of the cooler is a 4-port USB hub, a female USB B slot (for plugging in the cooler via USB lead) and a fan controller wheel. The wheel allows you to control both fans from 900-1700RPM. Again, a nice range there offering even more flexibility. Its good to see the USB hub giving you an extra 4 ports (3 if you subtract the one taken from your laptop for the ARCTIC NC). 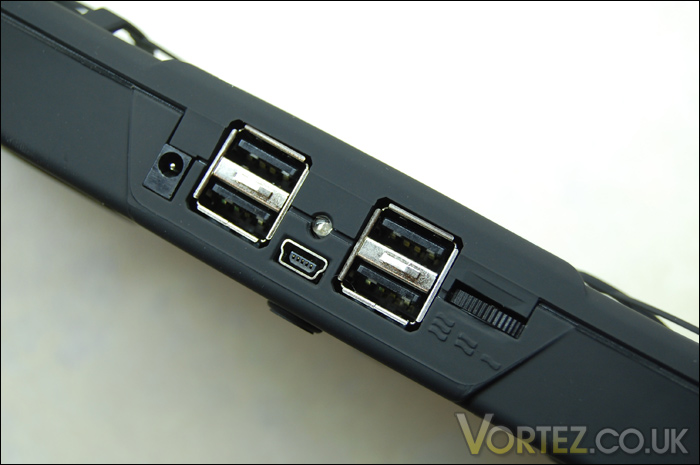 The ARCTIC NC actually works by drawing in air through the top and pushing it underneath and against the underside of the notebook. Just looking at the cooler, you wouldnt really guess that it works in this way. A little later on we will see how effective the two 60mm fans really are and if this method works. 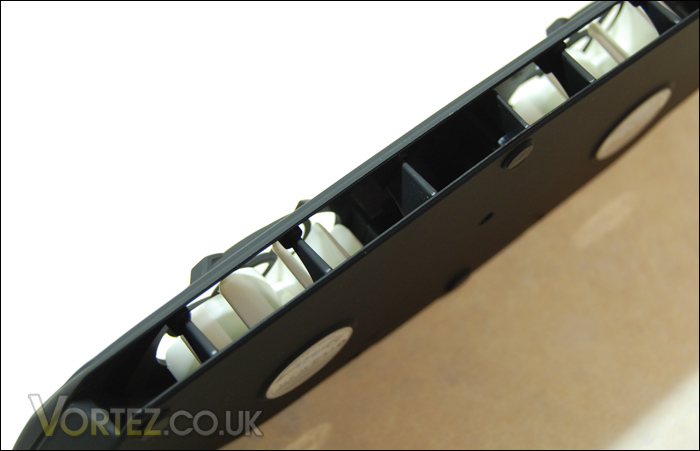 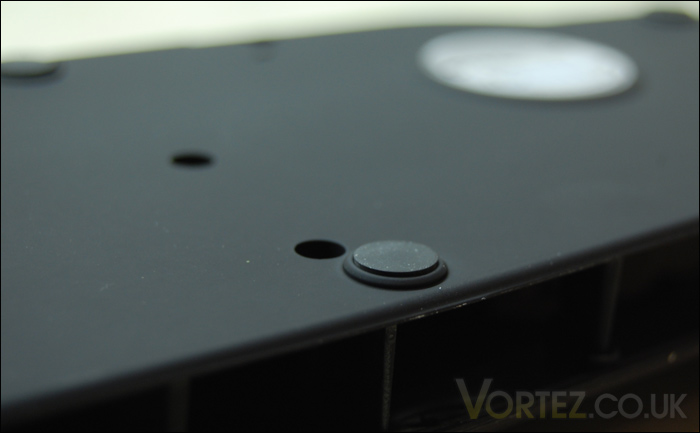