👤by David Mitchelson  Comments 📅13-01-10
Performance
To test the effectiveness of the cooling on the ARCTIC NC I will be testing the cooler with a Dell notebook. The temperatures of the CPU and HDD in idle and load state, with and without the cooler will be featured in the test. For arguments sake the ARCTIC NC, when used will be put at 1700RPM  full speed.

The system will be stressed using OCCT. This will also report the temperatures. 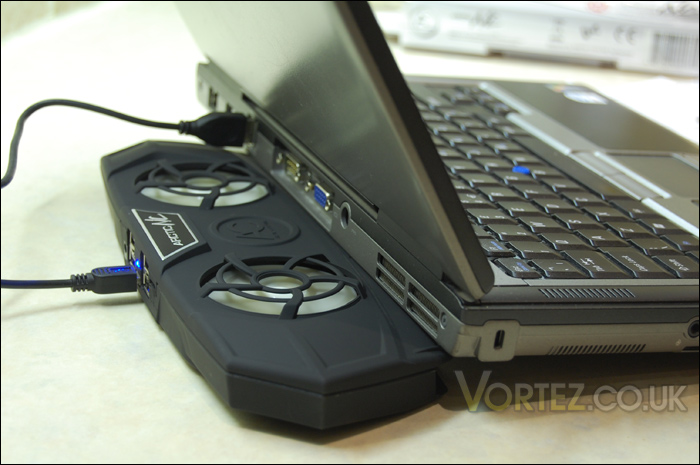 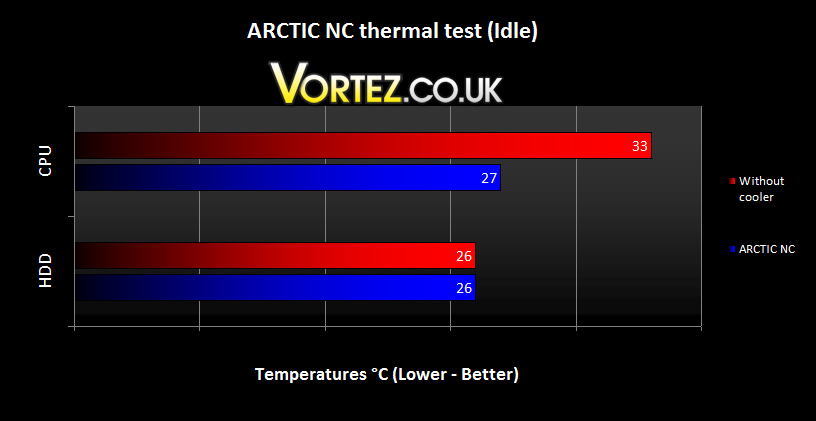 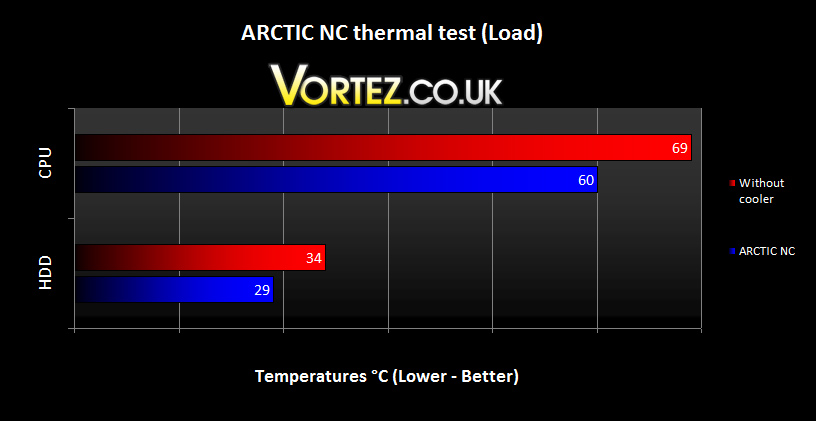 With the ARCTIC NC plugged in a blue glow can be seen from the LED just above the USB slot. To switch the cooler on the wheel needs to be moved, for the purpose of the tests full speed (1700RPM) is used. Its really as easy as this to change the speed of the fans.

From the results its fairly obvious the ARCTIC NC offers substantial cooling performance over the absence of a cooler altogether. A massive 9 degrees during load is removed, the CPU here is loaded at 100% so this is the worst case scenario. Very encouraging results indeed. The HDD temperatures whilst not being as significant, have still dropped and so this is a thumbs up. The HDD on the notebook is actually positioned nearer to the front of the underside, so this would explain this.

Overall, the ARCTIC NC provides a good solution for keeping those degrees off the notebook. Working through the fan speeds, the noise is one of the most remarkable things about this cooler  those fans are barely audible. Even at full speed, only if you are close enough will you hear a slight noise.