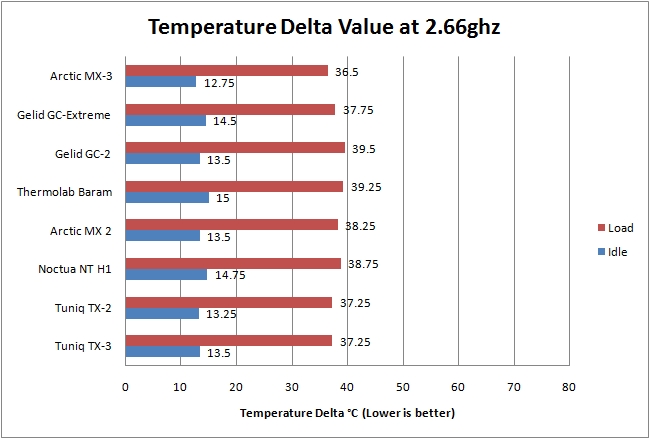 The Arctic MX-3 gets off to a cracking start here. It gives not only the best idle temperature delta, but also the best load temperatures. It betters the Tuniq TX-3 by 0.75°C, which is very impressive. It is also a definite step up from Arctic MX-2. 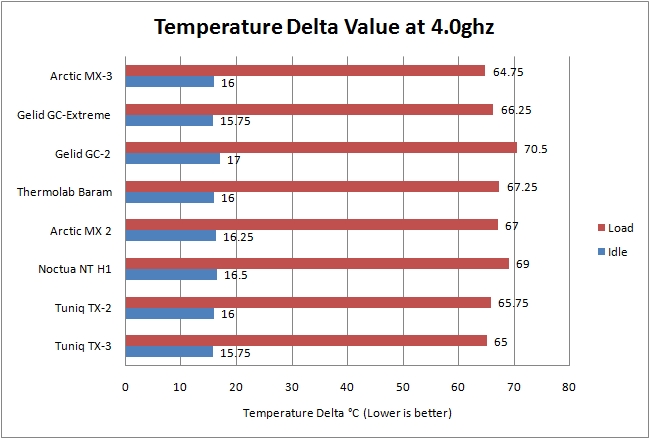 At 4ghz, the Arctic MX-3 carries on its lead under load although the difference between itself and the Tuniq TX-3 is only slight. The improvement over the previous flagship Arctic MX-2 is quite significant though at 2.25°C, very close to what is reported at the back of the package. 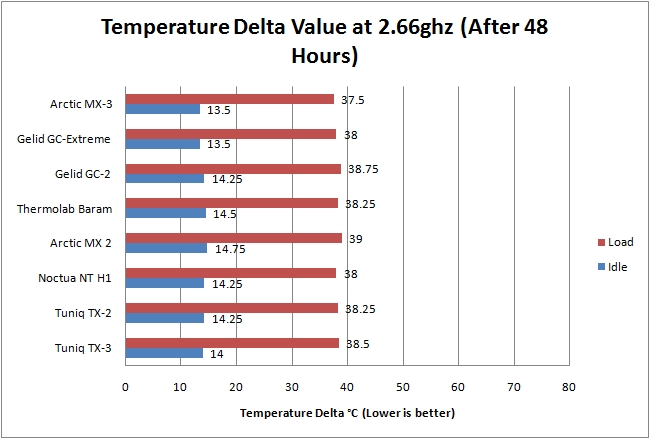 After 2 days, the Arctic MX-3 still holds its newly gained performance crown. At both idle and load, it is very much unmatched apart from the Gelid GC-Extreme which still lags behind by 0.5°C under load. Arctic Cooling is really showing us that they mean business and that they won't settle for worse than first place. 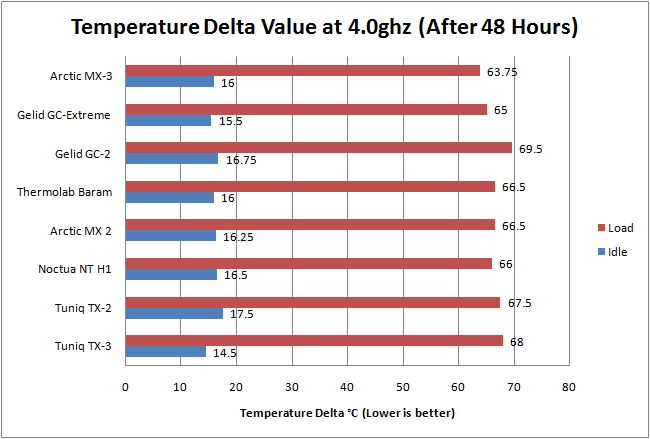 Interestingly here, the Arctic MX-3 falls behind the Tuniq TX-3 by quite a margin at idle but conversely under load, where the results matters most, the opposite is seen. The Arctic MX-3 wipes the floor clean with its very impressive results. At 4.5°C lower than the TX-3's delta and 2.75°C less than the Arctic MX-2, the Arctic MX-3 is clearly the new King in town! The thermal conductivity of 8.2W/mK translates into real world performance gain, which is often not seen with other manufacturers. 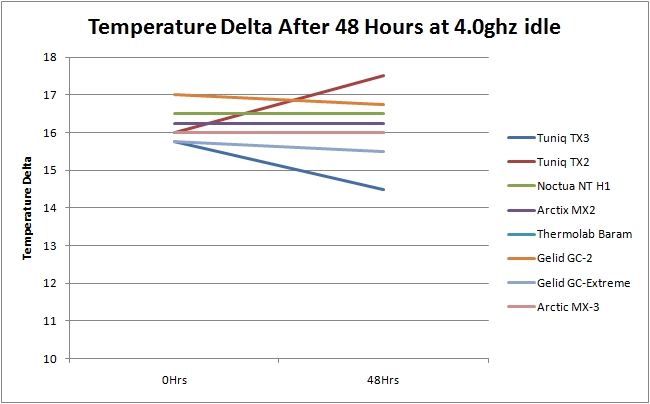 Despite being advertised as non-curing, it is always interesting to check whether there are any effects over a certain period of time. Here, we can see that Arctic Cooling holds true to their words and no change is seen over 48 hours. So you get excellent performance as soon as it's applied. 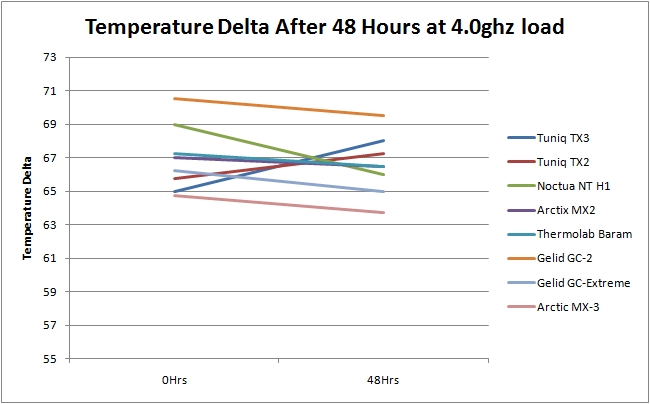 Under load, there is only a slight change noticed, which can be down to other factors. The Arctic MX-3 is unchallenged in its performance.