AMDs 3000-series Ryzen processors are well established now, providing excellent performance at a relatively affordable price point, and with that launch came the supporting X570 chipset. While most users will opt for a fairly standard ATX form factor, theres always a need for high-performance Micro ATX and even ITX. Thats where the ASRock X570 Phantom Gaming-ITX/TB3 comes in.

ASRock certainly havent held back with the X570 chipset with over 10 models available on launch day, catering to a multitude of budget levels, all the way from flagship offers like the X570 Taichi down to something more affordable like the X570M Pro4. 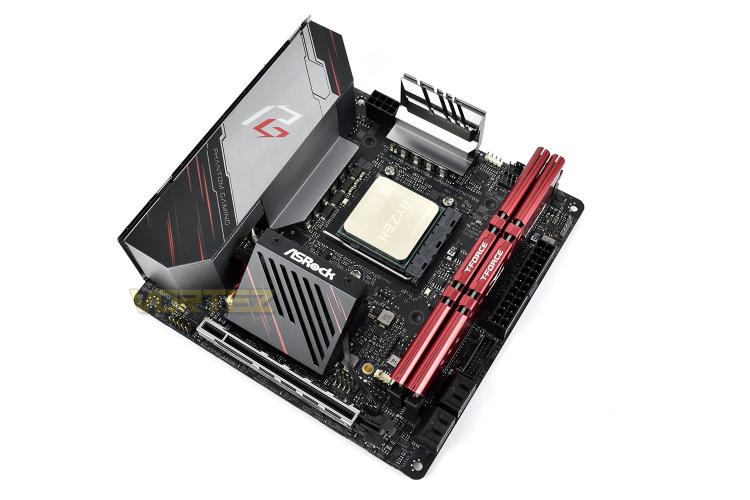 Measuring in at only 170mm x 170mm, the ITX form factor poses many challenges for manufacturers who need to squeeze in many features, however, ASRock really seem to have raised the bar this time around. As the name might suggest, Thunderbolt 3 is included, something that weve not yet seen on the X570 chipset, nor many motherboards at all for that matter, WiFi AX (6) support, an extensive 10-phase VRM, DisplayPort and HDMI and a PCI-E 4.0 enabled M.2 port for ultra fast storage.

All of that comes at a price, but less than you might expect, £240 in the UK, $260 in the US and $440 in Australia. If the performance is reasonable then we dont see that being a problem for those who need the ITX form factor, especially considering the already higher-than-usual pricing structure of the X570 chipset.

ASRock on the X570 Phantom Gaming-ITX/TB3s Power Phase:
Featuring sturdy components and completely smooth power delivery to the CPU. Plus, it offers unmatched overclocking capabilities and enhanced performance with the lowest temperature for advanced gamers as well.

There are currently 479 user(s) online:
Google