👤by Matthew Hodgson  Comments 📅05-10-19
Closer Look
Conforming to the Mini-ITX form factor, the board measures in at a tiny 170mm x 170mm, only just covering the upper-left 4 screw holes of the standard ATX size. The black and red theme is synonymous with ASRocks Phantom Gaming range. 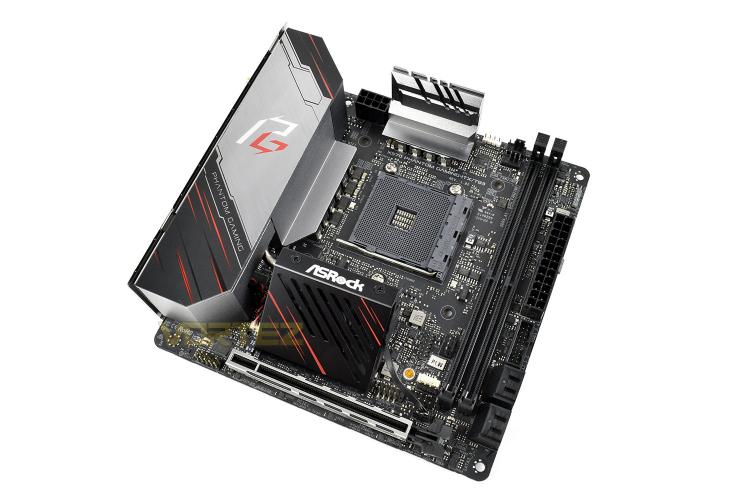 Utilising the X570 chipset, the board obviously needs an AM4 CPU socket to support all of AMDs Ryzen 2000 and 3000 series CPUs, but one pretty major difference is apparent here. ASRock have decided to use the Intel LGA 115x mounting system for CPU coolers which renders the AMD Wraith coolers useless, if you planned to use one of those with your new processor. Having said that, anyone using an aftermarket cooler shouldnt be hugely affected as the cooler will come with an Intel LGA 115x mounting system anyway.
ASRock have also done what they can about keeping cool the 10-Phase VRM through the tall heatsinks above and to the right of the AM4 socket, these are still much smaller than solutions weve seen on larger boards so heat issues might crop up here if you plan to use some of the heavier CPU solutions like the 3900X or 3950X. 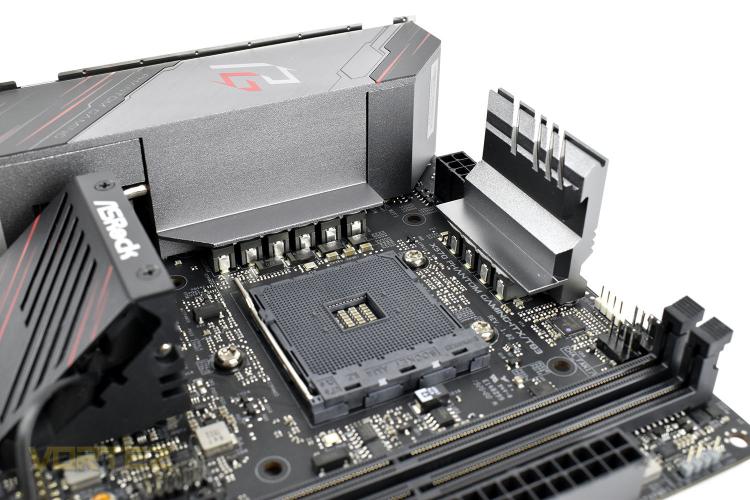 Despite only having two DIMM slots, the Phantom Gaming board still utilises dual-channel DRAM but youre limited to only 64GB, though that will likely be ample for the needs of such a small system.

Three 4-pin PWM fan headers are just above the DIMM slots with the 24-pin power and a front USB 3.0 header underneath. For storage, theres four 90° SATA 3.0 ports. 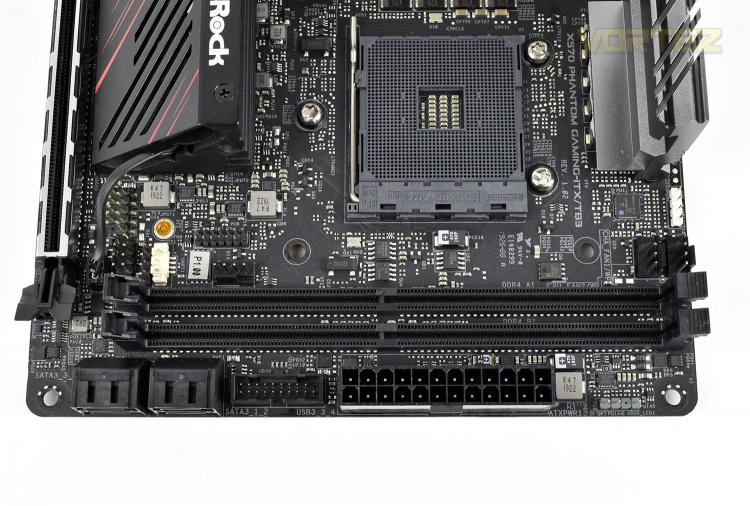 We dont usually show the backside of a motherboard in our reviews because theres usually not much going on here but due to board space being at a premium, ASRock have placed the M.2 NVMe port on the back. This only supports NVMe ports and wont work with the M.2 SATA SSDs and due to the placement, it might pose some problems for SSDs that arrive with any kind of heatsink, speaking of which, the SSD is unlikely to receive much, if any at all, airflow around here so overheating and throttling performance might become a problem. 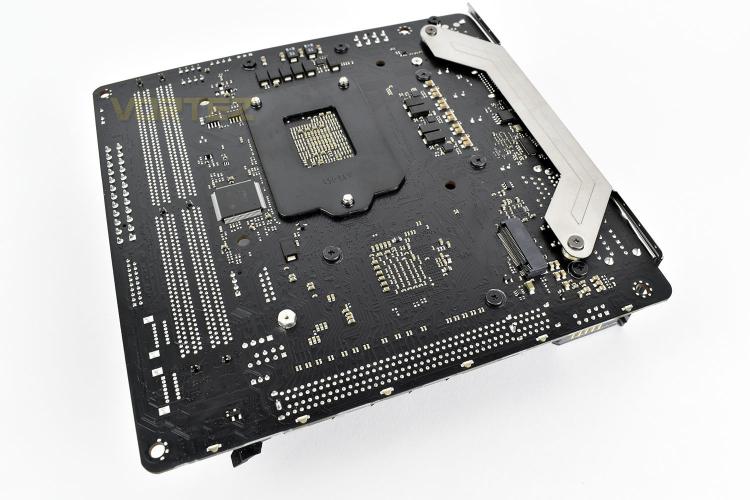 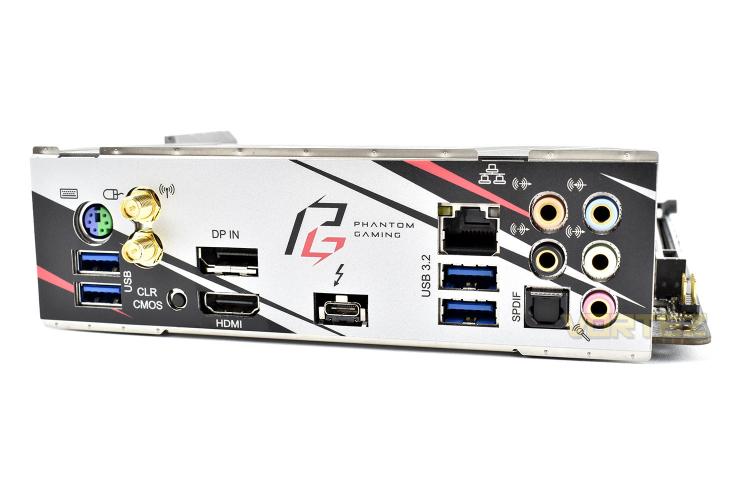 Finally, the chipset is actively cooled by a 40mm fan mounted at a 45° angle. This heatsink is directly connected to the rear IO cooling by a heatpipe for more effective cooling of the VRMs. 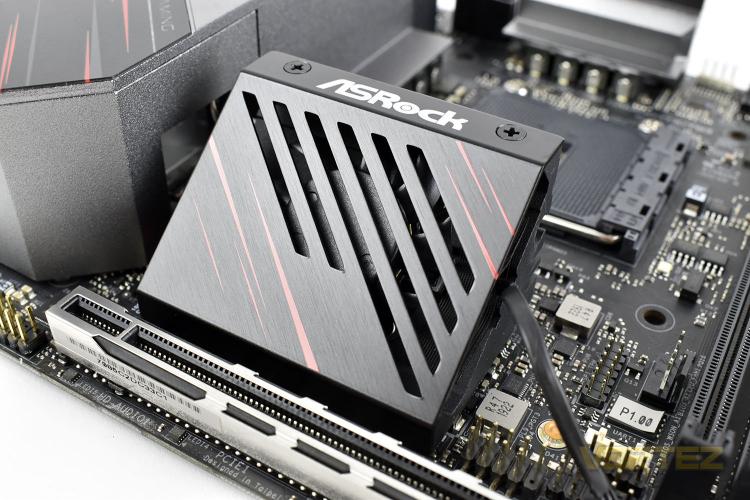