ASRocks motherboard team set about rounding out their X570 offerings from the get go, with ample different options available on launch day, one of which is the ASRock X570 Steel Legend that well look at in-depth today.

ASRocks Steel Legend range has usually sat somewhere between the budget and enthusiast sectors, aiming to strike that, often difficult to find, balance between too few features and prohibitive pricing. The pricing aspect, they appear to have covered reasonably well, so we can focus on the features within the review. 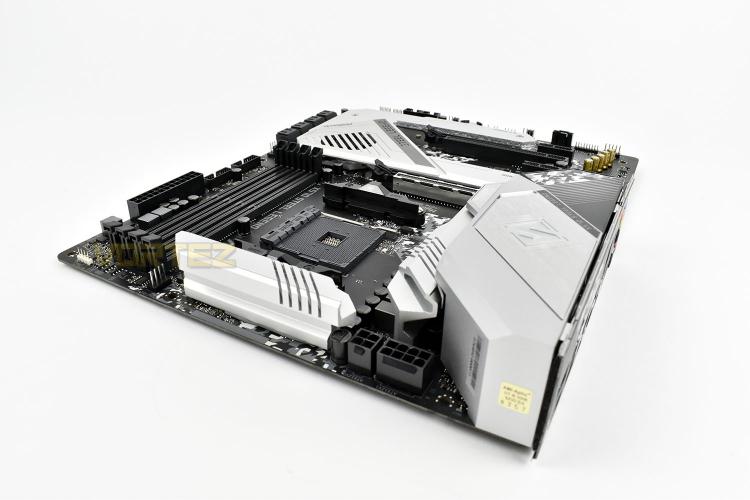 The AMD X570 chipset was released in tandem with AMDs Ryzen 3000-series processors and are designed to work hand-in-hand with both the 2nd Gen. and 3rd Gen. Ryzen CPUs. New to the X570 chipset is the PCI-E 4.0 interface, doubling the speed of the previous generation to allow a new wave of ultra-fast storage and additional bandwidth for graphics cards and other intensive components.

Formidable onboard audio, a pair of M.2 NVME 4.0 slots, extensive VRM with associated cooling, a snowy camo design, Thunberbolt 3 support and all of ASRocks expertise thrown in, the Steel Legend aims to please the masses but lets take a closer look and see whats what.

ASRock on the X570 Steel Legend:
Steel Legend represents the philosophical state of rock-solid durability and irresistible aesthetics. Built around most demanding specs and features, the Steel Legend series aims at daily users and mainstream enthusiasts! Providing a strong array of materials/components to ensure a stable and reliable performance. A motherboard that fulfills every task  with style!